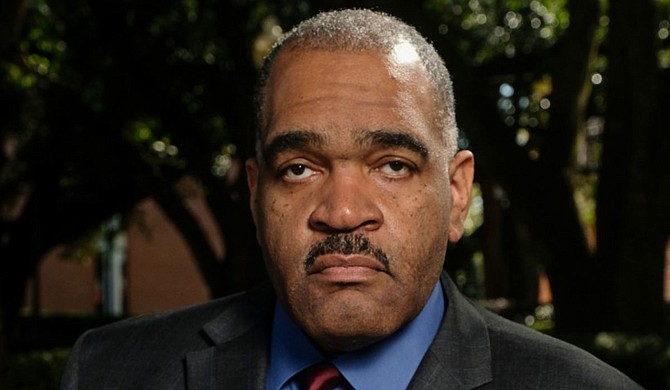 Jackson State University named Tomaz Cunningham as its new interim director of JSU Global in the Division of Academic Affairs in October 2020. Cunningham previously worked as an assistant professor of foreign languages at JSU for seven years.

In his new position, Cunningham oversees the processing of student and professional visas on behalf of JSU Global and works directly with instructors in the university's English as a Second Language program.

Cunningham was Born in Alton, Ill., and graduated from Alton Senior High School before enrolling at Southern Illinois University at Carbondale, where he studied physiology and French, and received a bachelor's degree in physiology in 1990. After receiving his degree he served in the United States Army for eight years, during which he was stationed in Korea, Germany, Ft. Campbell in Kentucky and Ft. Hood in Texas. After finishing his service he returned to SIUC and received a dual master's degree in foreign languages and literature and Teaching English as a Second Language in 2002.

"I had initially envisioned a career in federal law enforcement or governmental service," Cunningham says. "Those plans changed at SIUC when I got an opportunity to teach French as a graduated teaching assistant. I had enjoyed studying French since high school and had a good command of it, and that eventually led into me deciding to pursue a career in academia instead. I developed a deep interest in literary studies, especially the methodologies and psychology of second language acquisition.

Learning a foreign language requires the learner to navigate obstacles that are both cultural and affective, and certain personality types seem more successful at acquiring a second language. We have learned now how to help students overcome those obstacles and reach a higher degree of fluency in a shorter amount of time."

After receiving his master's degrees, Cunningham began working toward a doctorate in romance languages with a minor in Black American studies at the University of Missouri in Columbia, where he received his doctorate in 2014.

Cunningham first came to JSU as an instructor and later became an assistant professor after receiving his doctorate. His teaching and research interests at JSU are French literature, history and civilization, literary theory and criticism, and second-language acquisition. He has written articles and book reviews for The French Review, Publications of The Mississippi Philological Association and The Journal of Haitian Studies.

"My favorite part of what I do at JSU is giving students the opportunity to learn other languages and explore other cultures," Cunningham says. "That experience increases their marketability and teaches them about global citizenship. … Studying foreign languages and other cultures is an important part of a well-rounded education."