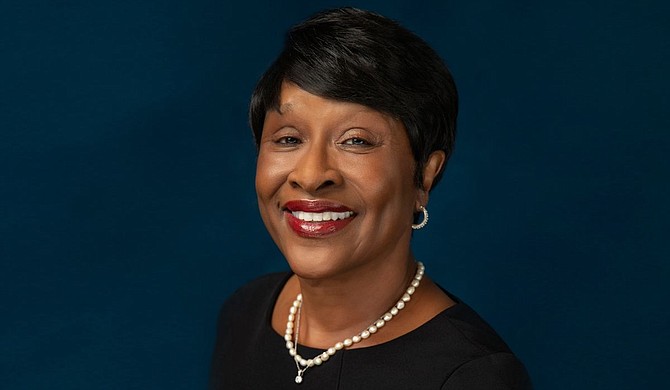 The Council for Advancement and Support of Education recently selected Veronica Cohen, vice president of Institutional Advancement and External Affairs at Jackson State University, as a member of the 2021 CASE District III Cabinet. On July 1, she will join 19 returning cabinet members to begin planning for the District III conference.

"JSU has long been involved with CASE and works with the organization to build relationships and keep up with what's going on in the philanthropic arena," Cohen says. "The organization champions education to transform lives and society, and this conference is a great way to learn about trends and industry knowledge for philanthropy and networking."

Cohen joined the JSU faculty in August 2017. As vice president of Institutional Advancement and External Affairs, she oversees private fundraising efforts on behalf of the university and works directly with JSU President Thomas Hudson on initiatives. She also manages the JSU Development Foundation, including its community engagement efforts, alumni affairs, communication and marketing and events.

Born in Charleston, SC, Cohen graduated from the now-closed James Island High School and enrolled at St. Augustine University in Raleigh, NC, where she received a bachelor's degree in business administration in 1977. She later received a master's degree in community counseling psychology from Springfield College in Springfield, Mass., in 2012 and a certificate for fundraising management from Indiana University in Bloomington, Ind., in 2014.

After graduating from St. Augustine, Cohen began working as a financial analyst at a utility company called Carolina Power Light Company, which is now Duke Power, in Raleigh in 1978. In 1990, she took a job with the University of North Carolina at Chapel Hill's Kenan Slagler Business School. She went on to Drexel University in Philadelphia, Penn., where she worked as assistant director of graduate admissions for six months before being promoted to director. In 1996, she took a job as executive director of campus life at Lincoln University in Pennsylvania, then went on to Springfield College in Springfield, Mass. She also worked at the College of Dental Medicine at the Medical University of South Carolina, Mississippi Valley State University in Itta Benna, Miss., and Claflin University in Orangeburg, SC, before taking her current position with JSU in 2017.

"Part of the reason why I moved around so much is because I enjoy diversity, learning and knowledge, and being able to see how different universities and companies operate," Cohen says. "Going to all those places let me learn about leadership and about having a successful team through taking in all the people and cultures I came across.

"My goal has always been to work in my community and learn all I can about bringing together different cultures as part of that community, and I feel more than ever that I can do that where I am now. JSU has been accomplishing phenomenal things both internally and with our constituents."

In addition to her position at JSU, Cohen serves on the advisory board for Downtown Jackson Partners, an organization that works toward the beautification and improvement of downtown Jackson.