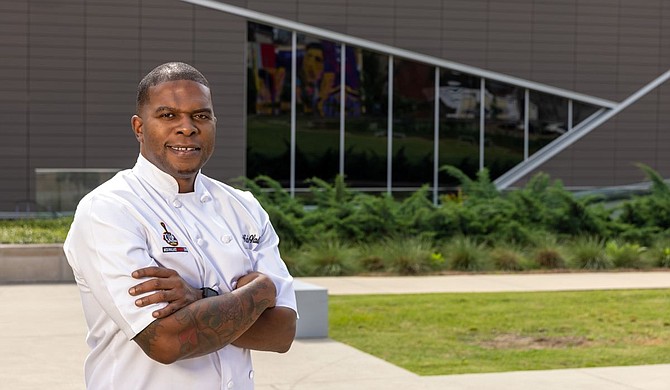 Nissan Café offers an assortment of Southern and French-inspired cuisine, a release from the Two Mississippi Museums says. The restaurant is located in the Nancy and Ray Neilsen Hall of History on the museum grounds.

Wallace served as a chef at the James Beard House in New York City and previously served as executive chef at the King Edward Hotel and Mississippi Museum of Art in downtown Jackson. He also operates CHURN Creameries 2022 and is a spokesperson for the non-profit Creativity Kitchen.

Café hours are Tuesday through Saturday from 9 a.m. to 3 p.m. and Sunday from 11 a.m. to 4 p.m. For more information, visit mdah.ms.gov/2MM or nickwallaceculinary.com.

Habitat for Humanity Mississippi Capital Area will host a tent sale on Friday, July 30, from noon to 5 p.m. and Saturday, July 31, from 8 a.m. to 2 p.m. The sale will take place at Habitat’s office at 615 Stonewall Street, one mile from State Street and half a block from Bailey Avenue.

Local businesses that were downsizing or relocating during the pandemic donated the items on sale to support HHMCA, a release from the organization says. Proceeds from the sale will go toward paying the higher costs of building materials for all Habitat projects.

Habitat will accept cash, credit cards, debit cards and Venmo, but not checks. Items must be removed the day they are purchased, and HHMCA will not hold items for later pick up. Helpers on site will assist in loading items. For more information, call 601-353-6060.

Wells Church (2019 Bailey Ave.) in Jackson announced that it will hold its 2021 WellsFest event on Saturday, Sept. 25, from 9:30 a.m. to 4:30 p.m. at Jamie Fowler Boyll Park 1398 Lakeland Drive). Proceeds from the event will benefit Grace House Services of Jackson.

Admission and parking will be free. Wellsfest is an alcohol- and drug-free event. For more information, visit wellsfest.org.