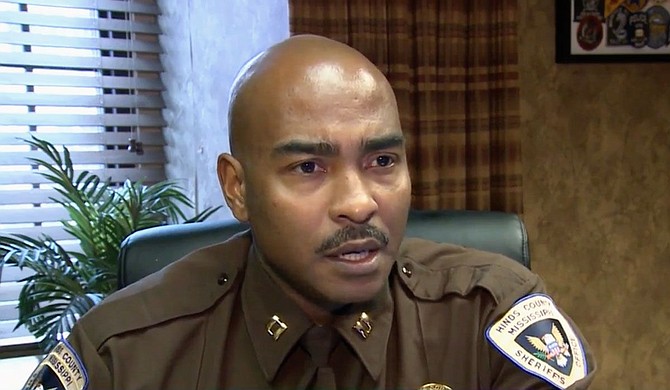 Hinds County Sheriff’s Department spokesman Tyree Jones said he cannot give any more information about the inmate found hanging in his cell early on Tuesday, July 6, because the department has not yet informed the family. Photo courtesy WAPT

Hinds County jail officials found a yet-to-be-identified detainee hanging and unresponsive in his cell just after midnight on Tuesday, July 6. It will be the second hanging in the detention center in 2021. The first hanging death was in April of 21-year-old Justin Mosley.

"A death investigation is ongoing at the Raymond Detention Center following a male detainee being found unresponsive and hanging in his cell shortly after midnight," the Hinds County Sheriff's Office posted on its Twitter page early this morning. "(The) Mississippi Bureau of Investigation is conducting the investigation."

Hinds County Sheriff Department spokesman Tyree Jones told the Jackson Free Press today that he could not release information about the detainee because the county has not informed the family. Jones did not indicate how long he has been in jail. Many people accused of crimes, but not convicted, spend months or years in the Hinds County Detention Center awaiting trial.

"We are not releasing any information until we properly notify the next of kin of the death," Jones said on the phone. "The only thing that we can say right now is that it is a male detainee."

He said the April incident involving Mosley "was ruled a suicide," but could not confirm whether the latest incident involved an inmate waiting for a mental evaluation.

Sheriff Lee Vance, on May 4, said at a Jackson City Council town hall meeting on security that inmates waiting for mental-health evaluation had hindered the progress of cases going forward.

"(At the) Hinds County Detention Center, we've got too many people there that (the district attorney) can't move them through the system because they need mental evaluations," Vance said at the gathering at New Horizon Church. "And I think that our facilities for that are so limited that it is causing tremendous delays in our system."

Jones agreed that the gap in mental-health evaluation is a problem in the judicial system but could not confirm whether the latest incident has anything to do with that issue.

"That is a concern and has always been a concern because, of course, that does stress the judicial process, if an inmate is waiting for a mental-health evaluation to determine if they're able to stand trial or whatever the case may be or whatever else the mental evaluation is needed for," he said.

Before he died in April, Mosley had been in custody for 16 months awaiting trial for suspected murder after his indictment.

"It just appears to be something that has happened recently in the jail,” Jones told the Jackson Free Press. “We don't suspect any foul play has occurred, but again we're not ruling it out; but at this particular point, we don't see any evidence or have any information to support foul play."