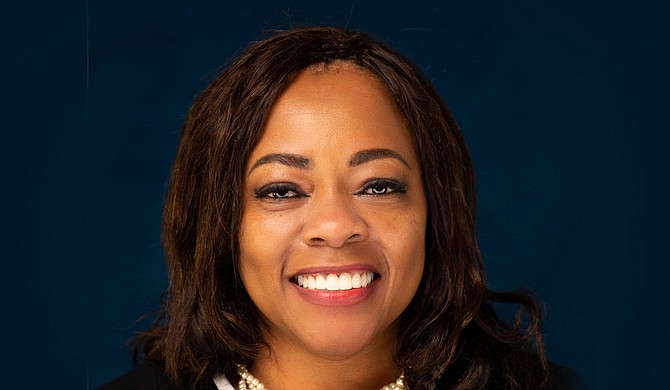 Jackson State University named Sharon Simmons as a new associate professor in its College of Business in August 2020. Since assuming her position, Simmons has been teaching both entrepreneurship courses and accounting, with a focus on venture creation and commercializing new ideas and technologies.

"To me, entrepreneurship means teaching students about the mindset of being independent, innovative and creative," Simmons says. "Creating a new venture is all about guiding an idea for a new business or project from its beginnings through implementation."

After graduating from the University of Virginia, she began working in the tax research division of New York-based public accounting firm PriceWaterhouseCoopers in 1994. She later worked with the Deloitte public accounting firm in New York, eventually becoming the organization's national senior manager before leaving in 2003. She returned to the Virgin Islands to teach accounting at the University of the Virgin Islands until 2007, when she returned to New York to pursue her doctorate at Syracuse. After receiving her doctorate, she began working for William Paterson University in New Jersey until 2015 before taking a position with the University of Missouri until 2018.

While pursuing her doctorate at Syracuse, Simmons began her career in entrepreneurship by becoming a licensed realtor and opening her own firm, JMS Matthew LLC, in 2007. She began acquiring properties to renovate for rentals and also became a co-owner of a restaurant called Lillian's Caribbean Grill, which her mother, Mary Matthews, owned.

"I primarily started pursuing entrepreneurship because I was the child of entrepreneur parents," Simmons says. "In addition to my mother owning her own restaurant my father, McCleane Matthews, ran his own construction company. During my time working with Deloitte, I found that the entrepreneur experience would help me to progress up the ranks quickly, despite having a segmented role in the company. When I discovered that, I thought that I would like to be able to share my experience with up and coming students as well, which was what led me into teaching."

In addition to her current role with JSU, Simmons is a member of Rotary International and Alpha Kappa Alpha Sorority, Inc. She has also practiced as a certified public accountant and has published research in the Journal of Business Venturing, Organizational Research Methods, Small Business Economics, the Journal of Small Business Management, Venture Capital and other peer reviewed journals.

"What I most enjoy about my current position with JSU is being able to watch new startups emerge," Simmons says. "Seeing a student learn to navigate through that uncertain period where you don't know your first step is a rewarding experience."

Simmons and her husband, Al Simmons, have been married since 1998 and have a 17-year-old daughter named Joia. Simmons and her family are currently living in New Jersey and Simmons is working with JSU remotely due to complications with moving from the COVID-19 pandemic, but she says that she and her family plan to move to Jackson as soon as they become able to.