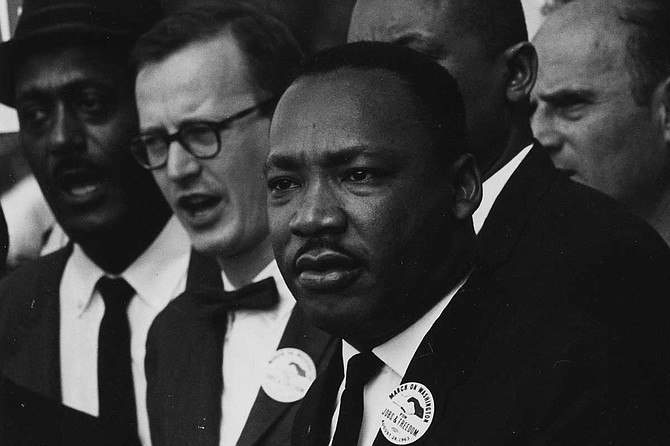 The City of Jackson is replacing its annual Martin Luther King Jr. Day parade with a motorcade this year due to COVID-19 safety concerns.

The city has officially designated Jan. 15-18 to celebrate the civil rights icon, with the federal holiday on the third Monday of January as a yearly fixture, since 1986.

"On the 16th, the Saturday before the national holiday, we'll have a motorcade," Ward 3 Councilman Kenneth Stokes said. "We won't do a parade; we'll do a motorcade like you see throughout the city all the time now."

"People (in their cars) would line up in Johnson Elementary School on Oak Park (Drive), travel south down Martin Luther King Jr. Drive, pass Lanier High School, (in a) motorcade," he added. "Then on the 18th, the national holiday, we'll lay the wreath at 10 a.m.; we are asking for our people (to) please stay at home because we don't want anyone to get sick."

"We'll have speakers to come and pray not as a group; some people can just stay in their cars because we don't want anyone to get sick because this virus is a killer, and there's no need for anyone to lose their life," Stokes said. "So we will celebrate Dr. King's life in Jackson, Mississippi, which is going to do it in a careful, thoughtful manner."

The council resolution defined the celebration as focused on educational, inspirational and educational events.

"Reverend Dr. King Jr. dedicated his life to the fight for equality and justice for humankind, and the annual celebration highlights a renewal of dedication to this primary focus," the resolution said. "The mission of our celebration is to promote human equality, principles of nonviolence, and the understanding and acceptance of racial harmony, respect, and goodwill among the citizens in the building of a strong community in Jackson, Mississippi, across the United States of America and throughout the world."

West Capitol Street Up For Improvement

Public Works Director Charles Williams said the work emanates from conversations with the people of west Jackson. "We told them that we were going to make an investment in the area," he said. "And with the mayor's support, we were able to garner funds from the $35 million infrastructure bond to put toward this project."

"What you will see once we get started, hopefully within the next 60 days, is a new corridor from I-220 all the way down to Prentiss Street," he added. "We're going to do a road diet, we're going to have new sidewalks and a new surface, and we're also going to take care of all of those lingering water leaks that we've been seeing and also we want to do a CIPP on existing sewer line; so hopefully this road is going to last a very long time."

During the meeting, Mayor Chokwe A. Lumumba drew attention to work on different streets in the area. "I just wanted to share and express our excitement for the residents that we're able to tackle several streets in that area," he said. "We've seen just in that area, Robinson Road, Ellis Avenue, Capitol Street, all dealt with simultaneously."

Hinds County Board of Supervisors Vice President and District 2 Supervisor David Archie said at the board’s meeting this week that there is hardly a place in the county without illegal dumping. He urged concerted effort to address the menace, and that citizens should record perpetrators in the act.

"I don't care where you look in this county; it's going to be only one or two or three areas that perhaps would not have illegal dumping where you find mattresses, tires all over the place,” Archie said.

District 1 Supervisor Robert Graham said Livingston Road is one of the worst examples of illegal dumping. "You can drive down Livingston Road on District 1, and you can furnish your entire house. You find couches, beds, tires, everything else." He urged the need for public announcements to sensitize people against the practice.

Board President and District 3 Supervisor Credell Calhoun agreed that illegal dumping in the county is a big problem. "I think Supervisor Archie is right; we have far too much dumping, and the only way we are going to be able to identify someone dumping is to get some camera in," he said. "The dump sites are eyesores; if you just put it in front of your house, they will pick it up.

"We want to get some cameras; we are going to work on that and make sure that we do all that we can."