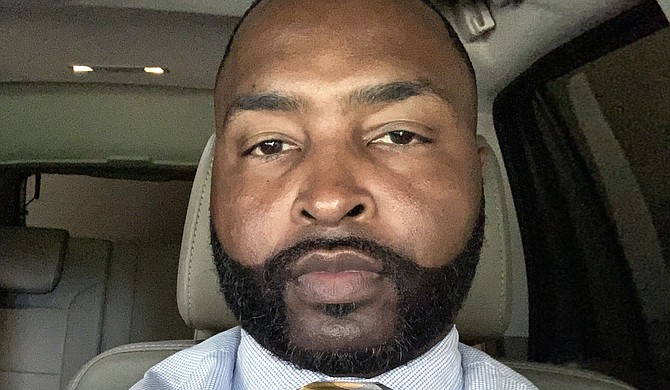 Forest Hill High School Principal Torrey Hampton leads a school with an F-grade for the 2018-2019 school year as defined by the Mississippi Department of Education Office of District and School Performance.

The south Jackson school leader is not entirely pleased with the suspension, on Jan. 21, of the school grading policy for this school year, though, meaning Forest Hill will be stuck for now with two consecutive sessions of the lowest grade. He and the staff have been giving their best to revolutionize the south Jackson school and hoped for an improvement.

The COVID-19 crisis first led to suspension of school grading last year. Now, the 12-member Mississippi Board of Education suspended the same for the 2020-2021 school year, so schools and districts will not be assigned A-F letter grades for their performance on federal and state tests.

"We really wanted to test last year, you know, because my community, my teachers, my scholars, they deserve more than an F. I tell them all the time, I'm not an F Dude," he told the Jackson Free Press in a Zoom interview. 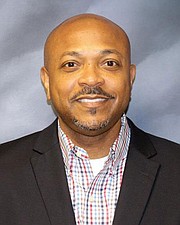 "We wanted people to see the work that we've put in, and the only way that you're going to see that is by our accountability rate," Hampton added.

‘A Trying Time for a Lot of Our Scholars’

Green Elementary School Principal Hill also leads an F-graded school and said that with a hold on the assignment of new school grades, people would not immediately appreciate their hard work, and they will, for the time being, be unable to shake off the stigma of the grade they got in the 2018-2019 session. Hill took over as Green Elementary School principal last year.

"When they made the decision (to suspend grading policy), we were upset, (we) were a little down," Hill said. "We've been working so hard because we wanted our progress and the systems that we put in place, we want to see those results.”

However, Hill said that he understood the decision because of the hardship the pandemic has caused. "I support the decision, however, because this has been a trying time for a lot of our scholars and a lot of our families," he said. "Across the district or across the state, across this nation (everyone) hadn't been as focused on instruction (due) to a lot of things.”

Hampton also understands the board’s decision. “One of our core values in Jackson public schools is equity, and I know that across the state of Mississippi, there were different situations as it relates to resources with various school districts,” he said.

"The Mississippi Statewide Accountability System assigns a performance rating of A, B, C, D, and F for each school and district based on established criteria regarding student achievement, individual student growth, graduation rate, and participation rate," it said. "Statewide assessments are used to measure proficiency and growth in proficiency for students in grades 3-8 and high school students taking end-of-course subject area assessments in Algebra I, English II, Biology, and U.S. History."

Blackburn Middle School Principal Grayer, whose school is graded D in the 2018-2019 classification, did not indicate any objection to the Mississippi Board of Education's decision to suspend school grading.

"I support the decision and look forward to using the data that we get from the assessment to better prepare our students and our teachers," he said.

Anxiety Amid Opening After Nine Months

Before the JPS onsite learning closed down because of winter weather from Monday till today (Feb.17) only 3,766 out of 20,438 registered Jackson Public School District students returned inside the schools' four walls, Executive Director of Public Engagement Sherwin Johnson shared with the Jackson Free Press in an email. Others chose to continue learning virtually. The opening is with enhanced cleaning and social distancing, and everyone is required to wear masks.

Two hundred and seven out of 656 students chose the return to Blackburn Middle School’s physical building on West Pearl Street. Principal Grayer said the district has provided adequate personal protective equipment to facilitate the reopening. "It's been a lot of anxiety for teachers, but it's really been going great," he said. "Those teachers that need accommodations (got) air purifiers, (there are) isolation rooms for students and flexible space for teachers and for students as well."

The principal said all the students have laptops with 40 hotspot devices for the various families to access the online learning system.

Green Elementary School Principal Hill, who had 126 out of 293 students return to getting instruction within the school walls, also pointed to a measure of anxiety among the teachers.

"It's been an adjustment. This is the first time in traditional school history that we (are) coming in through a pandemic, balancing between virtual instruction coming in," he said.

"The district has been very supportive, giving us everything that we need," Hill added. "We have been really strong on social-emotional learning, not just for our scholars, but for staff as well."

Hill said that anxiety has been extremely high because of the pandemic, but the teachers are trying their best.

“We're trying to do our jobs to the best of our ability, but we're also thinking about the pandemic as well and trying to stay safe in the process,” he said. “(But) even though we're going through a pandemic, they know we have a job to lead our scholars to new heights." 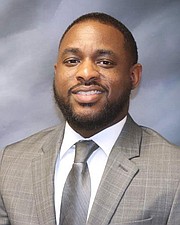 Green Elementary School Principal Terrance Hill wanted a chance to have everyone recognize the hard work his staff has put into changing the school's academic fortune. The Mississippi Department of Education's decision to suspend grade assignment for this year means he has to now wait at least one year for that to happen. Photo courtesy Green Elementary School

Forest Hill High School Principal Hampton noted that all students there have their own devices, and 53 families have received hotspots. "As it relates to the culture and climate of the school, that general reopening has been great, no complaints here."

In those three schools, only 575 students out of a total of 1881 (one third) chose to come back to the school. The rest have continued with virtual learning, showing a measure of reluctance among the population about coming back to school because of the virus risk.

"Our community, especially in south Jackson overwhelmingly, chose the virtual option. (In the) high school division, 70% of our scholars or parents, guardians chose to be virtual," Hampton said. "Some parents would prefer face to face, but due to the pandemic, they chose to be virtual."

Blackburn Middle School Principal Grayer explained the safety protocol observed as the students come into the school, starting with temperature checks before getting to the bus and establishing safety protocols and systems to ensure contact tracing.

“(The students) are uniquely distributed 5 to 6 feet apart, so we don't have too many students in a classroom," he said. "All students must have a mask before they enter the building as well."

"The district has provided hand sanitizers with the little clips on them for students to keep their hands clean," he added. "We have procedures set up where there are ‘unmasked opportunities’ that are outside throughout the day."

‘School Was a Lot of Our Scholars' Safe Haven’

The three school principals reflected on the pandemic's emotional impact. "We're focusing a lot, as a district, on social, emotional learning as well," Grayer said.

"[T]he social-emotional (piece) has really, really, come to the forefront because school was a lot of our scholars' safe haven," he said. "A lot of our parents or guardians work, so scholars are there by themselves and (the) scholars know that if they need assistance with things during the school day, academic or personal, they can see graduation coaches, counselors, mentoring teachers, different things like that."

“A lot of high school scholars want to be grown, but at the end of the day, they're still children, and the social aspect of school is what they're accustomed to,” Hampton added.

"(And from) the scholars to parents and the community, they really saw (the school’s impact) and they appreciated it. So I don't know about my other colleagues and other divisions, but we've gotten a lot of thank yous."