James B. Tucker, Who Prosecuted Mississippi Corruption, Dies at 82 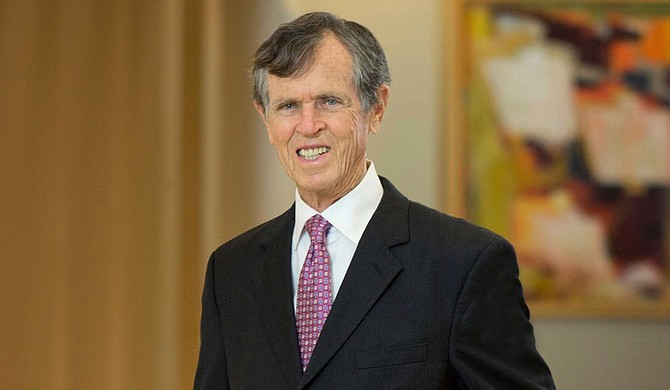 JACKSON, Miss. (AP) — James B. Tucker, an attorney who prosecuted corrupt Mississippi public officials during a 30-year career with the Justice Department, died Tuesday. He was 82.

His death was announced Wednesday by the Butler Snow law firm, where he was a partner in private practice after he left government service. Tucker was retired from the firm. The announcement did not include the cause of death.

Tucker earned a law degree from the University of Mississippi in 1966. After a few years of private practice in Mississippi's capital city of Jackson, he moved to Washington in 1971 to become a traveling attorney for the U.S. Justice Department.

Tucker returned to Jackson in 1972 as an assistant U.S. attorney for the southern half of Mississippi. For about 20 years, he was chief of the criminal division for the district.

Among the high-profile cases Tucker handled were the prosecutions of dozens of Mississippi county supervisors and private contractors in the 1980s during Operation Pretense, a probe of corrupt purchasing practices.

Ray Mabus was state auditor in the mid-1980s and worked with federal authorities on Operation Pretense. He told The Associated Press on Wednesday that Tucker “was that rarest of public servants — he always tried to do the right thing.”

“He went looking for public corruption. He did not duck it,” said Mabus, a Democrat who served one term as governor and eight years as Navy secretary after he was auditor. “It sort of offended him that people were stealing public money.”

In 2000, Tucker was appointed to serve as U.S. attorney for southern Mississippi. When Tucker retired from the Justice Department in 2001, then-U.S. Sen. Thad Cochran praised him.

“I have an enormous amount of respect and appreciation for the way James Tucker has carried out the important responsibilities of his job,” said Cochran, a Republican. “He was a true professional in every respect. He was completely honest and trustworthy, and he was tenacious in bringing to justice those who violated the laws of the United States.”

In addition to his work at Butler Snow, Tucker spent more than 20 years as an adjunct professor at Mississippi College School of Law.

He was a Judge Advocate Generals Corps officer for the U.S. Naval Reserve and retired as a captain.

Tucker was inducted into the University of Mississippi law school hall of fame in 2016. The U.S. attorney's office for southern Mississippi has a staff award named in his honor, the James B. Tucker Award for Superior Prosecutorial Service in Criminal Justice.