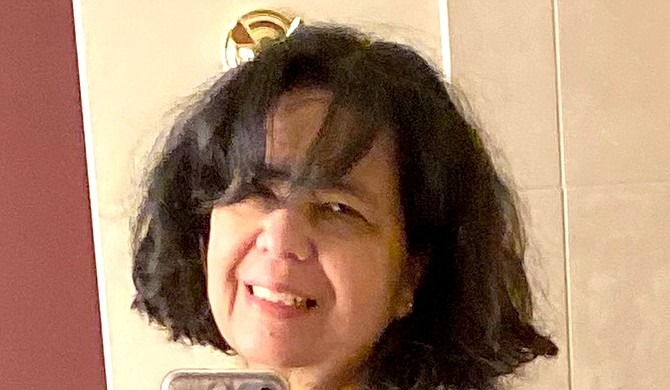 Madison County native Bernice Rivers became inspired to take up crafting and selling her own handmade jewelry in the metro area after a visit to Village Beads in Ridgeland in July.

A display of lava beads, crafted from smoothed pieces of igneous rock, caught her eye and she decided to take a photo of the display to use for reference. Soon, she began crafting her own designs of unisex necklaces, rings, bracelets and other items out of wire and colored beads and stones of varying types, which she stored in a book box at her home.

"Sometimes I just sit down and start making things and don't quite know what's going to come out of it," Rivers says. "I had made some things previously, like a necklace for my mother or some earrings, but I hadn't thought about making a hobby or business of it when I was working and had a lot going on in my life. The process of wrapping wire and working with the different-colored beads relaxes me."

"Here I am driving around with a bootbox, and I put some of my jewelry in a black purse case with a zipper to show the man at Kinkades. He asked me to lay them on the table, and he liked them. He ended up buying 14 of my pieces, and having someone love something you made that much feels special," Rivers says. "I think people should love what they wear, and that you don't need something expensive to look beautiful. … Sometimes a little piece of jewelry can lift your spirits. Love what you do, and I love making jewelry."

Rivers was born in Camden, Miss., and attended Velma Jackson High School before Holmes Community College in Goodman before transferring to the Ridgeland location and later attending Hinds Community College in Pearl, where she earned two degrees: one in general studies and one in marketing. She later enrolled in a four-year university, but returned home to care for her father after he fell ill before she could graduate.

In 2005, Rivers self-published her own novel, titled "Collard Greens and Ham." In addition to writing and jewelry crafting, Rivers also enjoys painting, being outdoors and spending time with her grandchildren.

"Ever since I was a child I've loved to use my imagination and go wherever it ended up taking me when it came to creative endeavors," Rivers says. "I always love the outcome of whatever I make, even though I really don't have a plan when I start. It's funny that both my writing and my jewelry creations are alike in that I never know what I’m going to create, but it relaxes me all the same."

Rivers and her husband, Cornelius, have been married since 2008 and have a blended family.

For more information, browse Bernice Rivers' Etsy page. Other businesses interested in featuring Rivers' jewelry in their stores can reach out via email at [email protected]