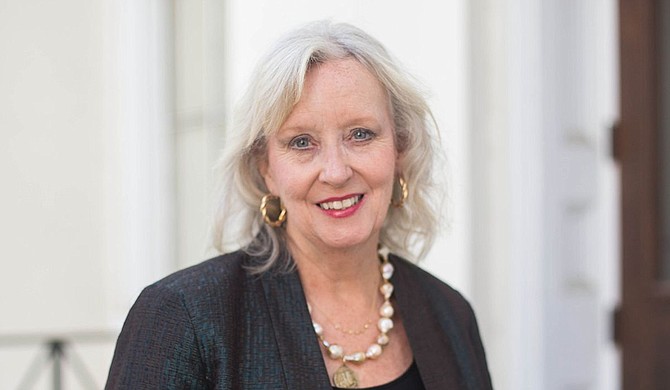 The City of Jackson has until Sept. 30 to get a new garbage-collection contract after the city council voted twice in two weeks—Aug. 9 and 19—against approving the agreements that Mayor Chokwe A. Lumumba's team negotiated with the FCC Environmental Services LLC. Waste Management and Richard’s Disposal also submitted bids.

The votes were identical both times as the same council members were on different sides. Wards 1, 3,5, and 6 Councilmen Ashby Foote, Kenneth Stokes, Vernon Hartley and Aaron Banks, respectively, voted against authorizing the mayor to execute the six-year contract for solid-waste collection and hauling services with the company. Council President and Ward 7 Councilwoman Virgi Lindsay, Council Vice President and Ward 2 Councilwoman Angelique Lee, and Ward 4 Councilman Brian C. Grizzell voted for the order.

"How do we know we are going to have garbage collection come Oct. 1?" Lindsay asked. Waste Management holds the current contract with the City which lapses on Sept. 30.

"What we will be in the position of doing is having to negotiate with another vendor, and they would have a strong hand, but we would see how those negotiations pan out and try to present you something else," Lumumba responded.

"OK. And so that would need to start immediately, right—that process?" Lindsay asked. The mayor nodded in affirmation.

After it emerged at the Aug. 9 special council meeting that the costs to the customer will significantly increase under the new contract, Ward 5 Councilman Hartley asked the mayor how much public engagement he has done to gauge the will of the people.

"We're talking about a fee increase, so I'm assuming that you did due diligence in my ward because in my ward, a fourth of the people make $15,000 or less," Hartley told the mayor. "So any kind of increase is going to hit them."

"When I go back to present this to them, first of all, they're going to say, 'well, is this something new?' And my question to you is, did you do any survey in Ward 5, and how many folks were able to give you the comments, and what were those comments?"

The mayor said he talked about the "executed goals" that are "within the new contract" for two years.

"How many public hearings were conducted?" Hartley pushed. "This is a (six)-year contract that involves everyone every week. And the best way to get that buy-in is to make sure that they are a part of the planning process, that this is their will."

Foote had earlier in the meeting asked about the cost implication of the contract after an FCC Environmental Services official made his presentation. Department of Administration Deputy Director Sharon Thames then handed out documents to the city council members, which indicated that the contract would be $16.86 per customer per week.

"That is just the contract; we (also) have operations that have to be paid for," she added. Solid Waste Division Manager Lakesha Weathers said, however, that the actual negotiated number was $16.90 per week.

"The question is what are we going to charge our customers, once this new contract goes into place, per month," Foote asked. Thames said that based on the $16.86-per-week number, it will be $10,898,200 per year for the contract, with the estimated number of customers at 53,869. She added that the Solid Waste Department needs additional money for other aspects of its work.

Since the City did not provide a clear figure for the new rate the people will pay, Foote chose to "go with" $35 "for the sake of discussion.”

"So for the customers out there, if I understand this correctly, their bill … is going to go from $20.20 to $35, which is a 73% increase," he said. "That is a really steep increase, particularly on the poor folks at the bottom of the ladder."

"I think that's a heavy lift if you ask me, and particularly for those who are trying to get back on their feet and start paying their bills again on Sept. 1 to suddenly have a 73% increase on the waste pickup side of their bill—it is going to be pretty alarming."

Thames said such an increase was inevitable. "But that's because, Mr. Foote, we have not raised the rates in probably 12 years. That's what happens when you go a long time (without an increase)," she said.

Banks said he recognized that the price will have to go up, but balked at the thought of having it as high as $40.

On Thursday, Aug. 19, Chief Administrative Officer Louis Wright explained that the City has renegotiated the contract arriving at a cost reduction. He gave its brief summary, including moving from a two-days-a-week collection to a one-day-a-week collection, litter crews to pick up illegal dumping, and a 95-gallon container with city emblem per customer.

"In terms of collecting the garbage, the company also indicated that if you have more garbage than could fit in a container, whatever you put out there, they will still pick it up," Wright said. "Or if you don't even want a container, they will pick that trash up as well."

City official Marlin King explained why the company reduced the cost. "So the original contract that was presented last week or so was approximately $10.9 million. We've worked with FCC to get that number down to $10.4 million. We were able to get to that $10.4 million number by reducing the route," he said.

"And so what's included in the current proposal is once-a-week pick up, the four litter crews plus the carts." The cart is 74 cents per household per month over the six years of the contract.

"You will need to charge every household at least $21 per household just to cover the $10 million plus $13, which would fully fund (the solid waste) division, which brings you to $35 per household," King added. "That's not including the CPI that will be needed moving forward."

Lindsay said that the short time frame to consider the proposal contributed to its failing to pass.

"I think that there has been a tremendous amount of confusion around this (contract) and lack of clear and concise communication," she said before the vote on Aug. 19. "And part of that I think has been because of the timeline. We have just been under a tight timeline."