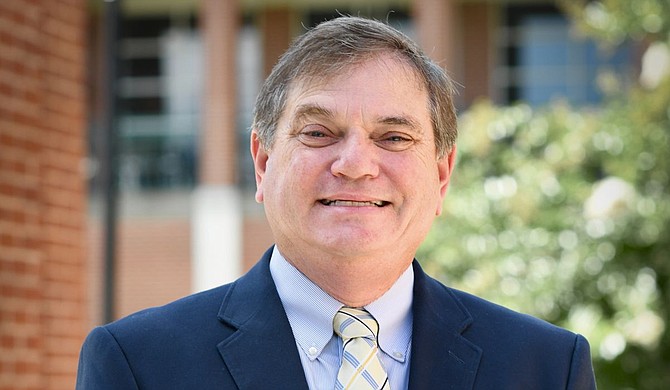 William “Bill” Moak, chair of the Communication Department at Belhaven University, recently became one of two Mississippians inducted into the Public Relations Society of America’s College of Fellows this year, bringing the total of Mississpians who have earned the honor to five.

Moak, a tenured faculty member at Belhaven who has been with the university since July 2016, teaches public relations and communications classes and advises students who are pursuing media majors. He is also responsible for managing the Communication Department's logistics, planning and budgeting operations.

The PRSA College of Fellows, established in 2009, honors communications professionals who have demonstrated superior professional performance in the practice and teaching of public relations. Qualified individuals must be a current PRSA member, have at least 20 years of experience and hold the Accredited in Public Relations credential. The PRSA has only named a total of 350 professionals and educators to the College of Fellows since its founding.

Moak is one of 13 public-relations professionals the PRSA is inducting into the College of Fellows during a virtual celebration on Sunday, Oct. 10, as part of the annual PRSA conference in Orlando, Fla. The PRSA will also host a Toast and Medallion Presentation at the Orlando World Center Marriott on Saturday, Oct. 16. The other public-relations professional from Mississippi receiving the honor this year is Christian Patterson, and the three Mississippians in the College of Fellows are Kristie Aylett, Checky Herrington and John Ford.

"The College of Fellows can be considered the pinnacle of the public-relations profession, and it's something to be proud of to have five Mississippians at once entering such a small group," Moak says. "I was over the moon and humbled at the same time when I heard the news, because some people who have been inducted before—like Jim Lukaszewski and Betsy Plank—are legends who helped make the profession what it is now."

Moak was born in Memphis, Tenn., and grew up in Jackson. He graduated from Bogue Chitto High School in Lincoln County and enrolled at the University of Mississippi, where he received a bachelor's degree in journalism in 1986. He worked as a journalist for the Enterprise Journal in McComb for two years before enrolling at the University of Southern Mississippi, where he received a master's degree in public relations in 1989.

The following year, Moak began working with the public relations department of the American Red Cross office in Jackson. He remained there until 1995, when he spent one year with the public relations department at Mississippi College before going on to Baptist Health Systems in Jackson. He worked as a media spokesman for the hospital's corporate communications department until 2001, when he became president and chief executive officer of the Better Business Bureau of Mississippi. Beginning in 2011, he briefly worked for the Mississippi Division of Medicaid, the Department of Finance and Administration and the Lefleur Transport organization before taking his current position at Belhaven University in 2016.

"While entering the PRSA College of Fellows is a huge accomplishment and a recognition of reaching a high level in your career, it is not a culmination," Moak says. "Many inductees are still carrying on and advancing in their work, and for them this honor marks reaching a senior level in their field."

Presently, in addition to his work in the public relations field, Moak continues to pursue journalism through a regular consumer column he writes and publishes with the Enterprise Journal and the Clarion Ledger.

Moak has been living in Madison since 1997. He and his wife, Lori Moak, have been married for 30 years and have two sons, Daniel and Caleb.