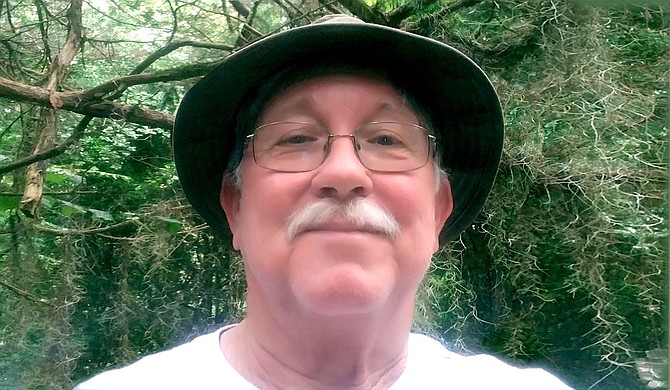 The book chronicles protests and other community action that Palmer worked to organize in Glen Rose, Texas, against the construction of the Comanche Peak Nuclear Power Plant, 60 miles southwest of Dallas.

"Back then, people living in the area were focused on that plant and trying to slow or stop the utility companies from constructing something that we saw as an expensive and environmentally dangerous facility," Palmer says. "The cost of all the mining across the southwest for uranium, dealing with nuclear waste that still can't be disposed of and the health risks surrounding it were just too much. We wanted to show that there are cheaper and safer ways to simply boil water and turn turbines for electricity than this."

Palmer and other community activists in Glen Rose held demonstrations and occupation events throughout June of 1979. Participants took training courses in nonviolent protesting to ensure members would not pose a physical threat to authorities. Ultimately, 48 protesters faced arrest and went to court, where jurists acquitted them before the district attorney brought charges against the protestors individually.

"What we were doing is called greasing, a form of non-violent protest that involves actions authorities know of in advance," Palmer says. "We would trespass on the property and get arrested, then go to court in order to get the issue out in front of the public. After a time, the plant owners dropped the charges to avoid all the bad publicity they were getting.

In the end, Palmer and the other activists could not halt the construction of the Comanche Peak plant, which opened in the early 1990s. Their actions did, however, make the public aware of the costs to build and operate the plant, which faced tremendous cost overruns and ultimately cost roughly $14 billion to complete, far over the initial projected cost, Palmer says.

"What we did accomplish in bringing this matter to the public's attention is slowing the construction of more power plants like Comanche Peak," Palmer says. "Few new plants have come online in the years since. Many people live close to those power plants now, and all the issues still remain. However, alternative energy sources have become more plentiful and accepted, and we need to continue to support them and work to decentralize energy grids.

I wanted to document our efforts, the written words, the photos, the newspaper articles and the personal accounts of those involved, into a book that would make for an easy read. I want more people to know what grassroots citizen action can bring about."

Palmer was born in Jackson and graduated from Brandon High School. He went on to attend Hinds Junior College, now Hinds Community College, and Millsaps College. He became a certified scuba diver and took underwater archeology courses at Southern Methodist University in Dallas, Texas. In 1978 he participated in the first excavation of Aquarena Springs in San Marcos, Texas, which is now the Meadows Center for Water and the Environment, a research facility for Texas State University.

Later that year, he worked as a laborer on a landscaping crew in Dallas and as an arborist, maintaining and caring for trees and shrubs by lopping limbs and shaping branches. Eventually, Palmer moved back to Mississippi and took a job as a golf course superintendent at Colonial Country Club, where he remained for 20 years until the club closed down in 2012.

Today, Palmer works as a professional gardener and operates a hobby farm for Southern heirloom flower bulbs. He and his wife, Carolyn Palmer, have been married for 40 years and have three children, Shawn, Sara and Justin.

At the Mississippi Book Festival, Palmer will be selling copies of his book in paperback and hardcover, as well as distributing handouts of information on safe energy sources. Artist Zoe Rushing, who did illustrations for Palmer's book, will also attend and sell prints of her work.

"I want to help make people aware of what it takes for societies to function and help them to be responsible about what their actions bring about," Palmer says. "I've been gardening and composting and working with local river cleanups with Pearl Riverkeeper for years and would like to see others do similar things. I want to convince people to use less plastic, to recycle, to shop locally and to support local farmers. I want to encourage people to think locally and act globally."

"Buttons, Bolt Cutters and Barricades: Texas Anti-Nuke Actions" is available at Lemuria Books in Jackson, Square Books in Oxford and at Garden Works in Ridgeland, as well as bookstores across Texas. The book is also available online at jerrypalmerauthor.com.