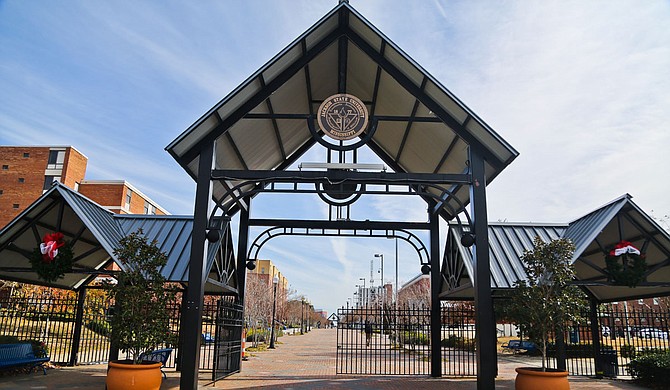 Jackson State University received $500,000 during the recent Mississippi legislative session toward the preplanning for construction, furnishing and equipping a new dining facility. The university first constructed its Heritage Dining Hall in 1977, and the building has seen few renovations or upgrades since, a release from JSU says.

Other funding for the university included $1,175,025 toward campus construction, renovations and repair, and $506,111 for its Urban Research Center. JSU’s College of Health Sciences, a Council on Education for Public Health Accredited School of Public Health, will receive $1,500,000 for construction, furnishing and relocation to the university’s main campus from its current location in the Jackson Medical Mall on Woodrow Wilson St.

Plans may also be in the works to allocate $250,000 for a new sports stadium in place of Mississippi Veterans Memorial Stadium which was originally constructed in 1970, the release says. A study underway regarding the stadium construction will help determine the overall cost for a new on-campus multi-purpose facility with modern concessions and amenities.

The Epsilon Eta chapter of Alpha Delta Pi at Mississippi State University celebrated the dedication of the chapter’s new house on campus with a ceremony on Saturday, April 17. MSU President Mark E. Keenum and First Lady Rhonda Keenum, an alumna of the chapter, attended the celebration.

The new 17,500-square-foot sorority facility is located on Robert Louis Jones Circle and will house 44 residents in addition to serving meals to all chapter members.

Alpha Delta Pi was founded at Wesleyan Female College in Macon, Ga., in 1851 and was the first secret society established for college women. The MSU chapter first opened in 1966 and remained open for 20 years on campus before temporarily departing. MSU reestablished the chapter in 2013.

Belhaven University created the scholarship program in Thomas' honor in January 2020. Each year, one incoming writing major freshman receives a full-ride scholarship that covers tuition, room and board at the university for four years. Foreman is the second student to win the scholarship. Other applicants received partial scholarships.

Thomas graduated from Belhaven in 2011 and later published her first novel, "The Hate U Give," which is about an African American teenager who sees a police officer shoot and kill her best friend, in 2017. A movie starring Amanda Stenberg released in 2018. Thomas released her second book, "On the Come Up" in 2019 and her third, "Concrete Rose," in 2021.

For more information about the scholarship or requirements to apply, visit gobelhaven.com/angie. Watch a video of Thomas delivering the news of the scholarship to Foreman here.