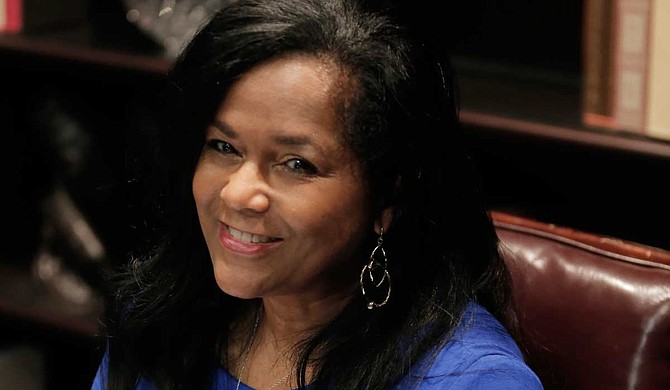 The state legislator said she organized the event to proffer solutions to internet access problems because they affect the state's progress. "We are working to ensure that our children and families have access to reliable service as it relates to the internet," she said.

"The pandemic was not something that we made, but it did put a light on the fact that we have people in our state, in our district that do not have access to the internet," she added. "So as policymakers, I know we are going to continue to do our part. Hopefully, we are going to get internet service providers to work with us with viable solutions so that our (constituents) don't feel like we are just talking in that regard."

Scott Bounds, a Neshoba County Republican and the chairman of the House Committee on Public Utilities, also emphasized the importance of internet service.

"There is nothing that is on the mind of people, especially people in the rural areas, as broadband access," he said. "This day and time, broadband is almost as critical as electricity."

"You just hardly can function in a household without (it), especially if you have kids, especially with the situation that pandemic has created where we are having to do distance learning, where we are having to do virtual learning, where we have to work from home," he added. "The need for rural broadband access has definitely been highlighted by the pandemic."

"We allocated $50 million for the school districts, to contract, to go out on their own. The Legislature said these districts know more what their needs are, what is available in their area as far as broadband access for these students and these schools to be able to access broadband," Bounds explained.

Expansion Is Both Expensive and Time-consuming

Bounds projected that the state will follow other states' examples by setting up a broadband grant program while noting that broadband expansion is both expensive and time-consuming.

"We will be examining and looking, this coming session, closely at a state-sponsored broadband grant program," he said. "Alabama has done a program very successfully, Tennessee has done it, where the money is put into a fund and is defined that it's got to go to the unserved areas first. Companies will apply for these dollars."

He said the utilities have unused fiber that can serve for the public use.

"The individual-owned utilities, that will be the Entergys of this world, the Mississippi Powers of the world, they have what they call dark fiber, the unused capacity fiber that is running all through their districts," he said. He said the Legislature could decide to allow leasing of that fiber to a company like AT&T, Comcast or C Spire. “(But) there are some nuances that's got to be worked out on that,” he added.

"Hopefully, that will really open up especially your areas where Entergy is a service provider for the electricity," he added.

Bounds said Mississippi is not the only state facing this challenge. "All over the country, states are trying to build broadband as fast as they can, but it's a slow and expensive process," he said. "The Legislature understands that this is a critical service need in our state, and we are trying to do what we can to address it."

Mississippi Public Service Commission Central District Commissioner Brent Bailey said on the Zoom that the pandemic has revealed how essential internet services are. "Many people label it as the electricity of the 21st century, how it is essential, particularly as COVID pandemic has emphasized," he said.

He disclosed that last year C Spire and Entergy finalized fiber broadband build-out across the state and that the central part of the state, which he represents, included 250 miles of such fiber. The commission expects that the dark fiber will be used to serve the public.

"One of those fiber lines run right up Highway 49 from Jackson to Yazoo City," he said. "It's its backbone that connects Entergy substations, generator transmission and offices to be more effective.”

"But at the same time, there is a lot of unused data fiber on that," Bailey added. "While C Spire will own the fiber and Entergy has exclusive access to parts of it, there is an opportunity to utilize a lot of that dark fiber.

"We as the commission through the approval of that project expects them to deliver that to commercial, business institutions, and others, and we are (waiting) to see when that will get started, how many people have been connected and what is the plan to really put that dark fiber, that extra data capability online and for consumers to use."

Bailey said Mississippi urgently needs a comprehensive broadband plan because it is one of few states without one. "Mississippi is one of two states that does not have an acceptable, long-term broadband development plan for the state, and that is something that we can certainly look at," he said.

Gibbs said the internet has become a staple and is no longer a luxury, while recognizing the challenges of the internet companies in serving rural areas.