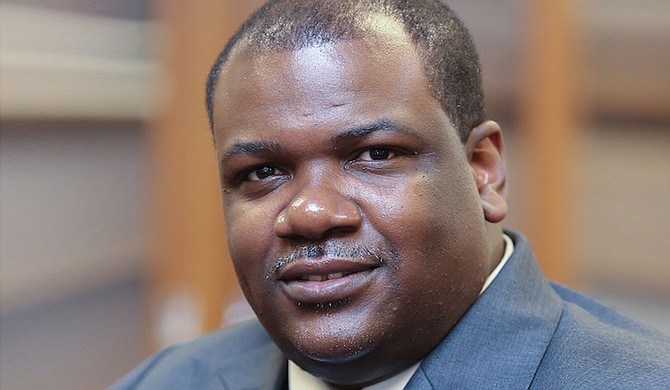 Isiah Marshall Jr., associate dean and professor for Jackson State University's School of Social Work, became a member of the Council on Social Work Education Commission on Accreditation in July. His three-year term is set to end in 2023.

Marshall has served as part of JSU's School of Social Work since 2016. He is responsible for overseeing daily operations of the university's bachelor's, master's and doctorate degree programs in both philosophy and social work, as well as supervising faculty, providing guidance for students and their families and developing state programming on behalf of JSU.

The Commission on Accreditation advocates for quality in social-work education and provides accreditation services for more than 860 programs nationwide. The commission also directs policy for accreditation standards and assures that policies are fair and consistent across all social work programs.

As a commissioner, Marshall will have oversight over 500 social-work programs nationwide and will direct their curricula and regulations in addition to making sure participating organizations abide by guidelines such as diversity in faculty and assignments as well as learning outcomes for students.

"This is an interesting time in social-work education due to the changes we've had to put in place because of the COVID-19 pandemic," Marshall says. "Many programs have had to shift away from the usual standards of the national accrediting body in terms of things like field hours students must receive to graduate. Additionally, the organization is set to put forward new accreditation standards by 2023, and the impact of the pandemic is going to make putting new disaster and emergency situation standards into place a necessity, which will make things challenging going forward."

"My passion for social work came from the work both of my parents did," Marshall says. "My mother is a retired registered nurse, and my father is a United Methodist minister. They were both deeply invested in the 'helping profession,' as they called it. My mother worked in several intensive care units across Houston for many years, and my father used his ministry to care for the sick and the help the poor all over Texas."

After receiving his master's degree from Howard University, Marshall took a job as a social worker at the Carroll Manor nursing home in Washington D.C., where he primarily did case-management work for the elderly, including those pertaining to health issues. He continued doing social work for hospitals and other nursing homes in the Washington, D.C., area until 2007.

Marshall also spent two years teaching social work, gerontology and field instruction for social workers at Bowie State University in Maryland from 2005 to 2007. Also in 2005, he began working with the Council on Social Work Education as a doctoral student volunteer at the organization's annual program meetings.

In 2007, he became the founding director of the bachelor's of social work program at Winston-Salem State University in North Carolina. There, he developed a bachelor of social work program for the university that went on to become accredited in 2012. He remained with WSSU until 2013, when he began actively working with the COA as a site visitor.

Marshall became the founding director of the master's of social work program at Daemen College in Amherst, New York, in 2013 and remained with the university until 2016, when he took his current position at JSU. Marshall currently lives in the Belhaven neighborhood in Jackson.

In addition to his work with JSU and the COA, Marshall volunteers with the New Horizons Church International Community Center in Jackson and is a member of Community Links, Inc., and the Jackson Association of Black Social Workers.