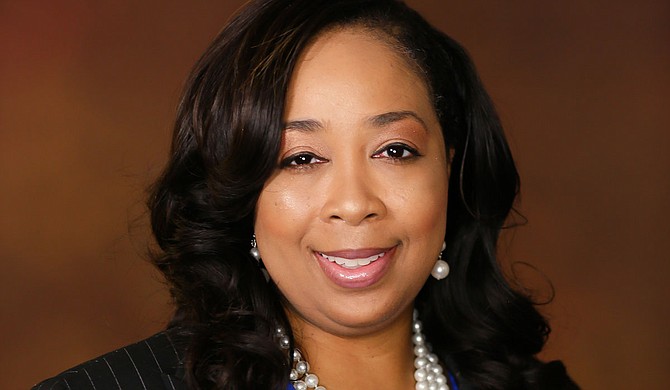 The Kellogg Foundation supports the JWLA, which is a partnership between the City of Jackson and the Aspen Institute Economic Opportunities Program. Academy fellows work with professionals from across the United States to study leadership development and effective workforce strategies for local communities.

While the inaugural JWLA class was meant to start in March this year, Jordan says, the COVID-19 pandemic delayed the program's launch until August and also necessitated a shift into an online virtual program rather than members meeting in person. Currently, Jordan and her fellows conduct virtual meetings over Zoom and plan to meet two days per month over the next five months.

The JWLA program focuses on issues such as raising awareness for employers in Jackson, best practices for employment, benefits and wages and job quality within the city. Another goal of the program is to bring high-demand industries into the area and study how businesses can impact the city together with JWLA partners in the community and higher-education institutions.

Jordan has served as director of JSU's Career Services Center since 2007. As director, she works with the university's student affairs department to assist students with career-development activities, such as choosing a major, career-coaching, building résumés and cover letters, and conducting mock interviews.

"If a student comes to JSU and they aren't sure about their major, we're here to help them with that first step and others from their freshman year through graduation," Jordan says. "In addition to helping with different aspects of career prep, we also act as a liaison with employers to help our students get recruited after they graduate."

Her interest in counseling and student development peaked when she was a graduate student at MUW, Jordan says. MUW's assistant dean of students, Dinetta Kareem, mentored her while Jordan worked as her student assistant, and the experience led to her deciding to pursue a career in higher education.

"I got the chance then to work with students and see them develop in their studies during what are critical years for a young adult, and in doing so I saw myself in my senior year through them," Jordan says. "Watching their development made me see the impact that (Kareem) had on me in her mentoring.”

“Students do go to college for a degree, and that is important, but we often forget how aspects of student affairs affect the students, like working together with members of the school's administration. I wanted to be able to be a mentor myself and work in a career where I could impact students during those critical years," she says.

After graduating from MSU Jordan took a job as a residence life coordinator at Georgia Institute of Technology in Atlanta, Ga. There, she managed the institute's freshman year experience program, which provided students with skill-building programs and leadership opportunities as well as counseling to help students through difficult fields such as engineering.

In 2001 Jordan went to Auburn University in Alabama, where she worked as an academic adviser in the university's College of Science and Math and assisted pre-medical students with their academic curricula. In 2004 she moved to Ridgeland and took a job as assistant director of career services at Millsaps University. She later took the same position at JSU in 2006 and became executive director the following year. Jordan has lived in Clinton since 2015.

Jordan and her husband, Chauncy Jordan, have been married for 21 years and have two sons, Chauncy II and Joshua.