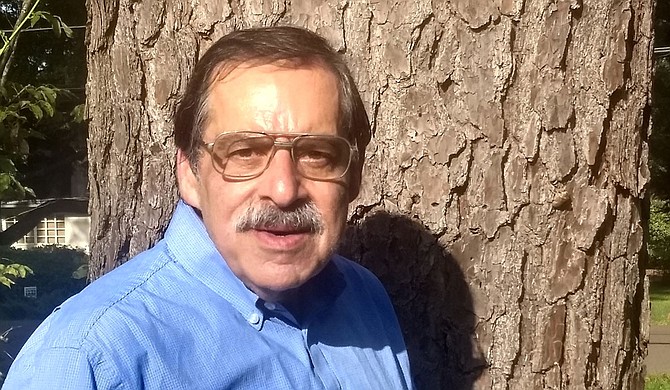 Charles Araujo, an adjunct instructor for Jackson State University’s School of Social Work, became president-elect for the Mississippi Chapter of the National Association of Social Workers on July 1. He will serve in his new position through 2021.

NASW provides guidance, research and advocacy services for its 120,000 active members. The organization deals in economic and social-justice issues, racial issues and mental-health care in clinics and in schools, and also offers counseling and therapy services.

"A lot of people don't know that social workers are one of the largest groups of mental health workers in the country," Araujo says. "Right now we're facing a lot of issues in terms of the racial unrest we're witnessing daily around the country and want to redefine things like 'Defund Police.' We have social workers in the police system who know the mental-health issues police face, like stress and family violence, and we believe that trained social workers are crucial to come up with change in (policing). A high ethical responsibility to our clients is something that defines both social workers and the work of social justice."

"When my father passed away when he was 45 and my family got social security when I was starting college, that made me look back on things like the New Deal program that helped end the Great Depression," Araujo says. "I saw how social work embeds itself in human services and advocacy, and that stuck with me and made me want to pursue social work myself."

After graduating, Araujo worked as a social worker with the Mississippi Department of Public Welfare, which is now the Department of Human Services. He mainly provided regional economic assistance regionally and later became director of the bureau from 1991 to 1992. He then spent a few months working for the Mississippi Department of Health before taking a position as a school social worker for Jackson Public Schools in 1993. There, Araujo primarily worked with children with disabilities who received assistance through individual educational programs, such as counseling services. He remained with JPS until 2012.

"The role of counseling grew as the number of students with emotional disabilities increased during the ’90s," Araujo says. "I remember that was one of the biggest roles I tried to fill, helping those students on a behavioral standpoint and helping parents get assistance the district didn't provide."

Araujo also worked part-time as a teacher with the Jackson State University School of Social Work, where he taught social welfare policy, school social work and how to deal with abuse and neglect. He also worked with the Mississippi foster care system, where he helped the Department of Human Services manage its case load and secured supplemental funding to help hire more social workers for family and children's services.

"Social work, especially for children, has always been important to me because I saw the ugliness of poverty when I was young, but I also saw the hope that things could be better," Araujo says. "I saw how social workers were advocating for helping their communities and helping others."

Araujo and his wife, Evelyn, have been married for 27 years and have three children, Joseph, Matthew and Aaron.