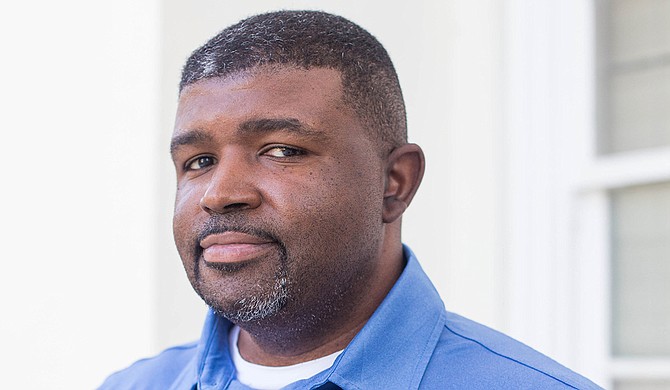 "Hurricane Delta will be moving through the city of Jackson probably within the next 48 hours," he said. "We are expecting high wind, probably somewhere between 40 to 60 miles per hour, also during that time we are expecting probably from two to four inches (rain) that will be falling within the central area of Mississippi, primarily, and it could affect the Jackson area."

Williams said travelers need to take extra care, turn around and take another route rather than plow through ponds of water, which might be dangerous because of the risk of flash flooding.

"We will have viaducts closed off during this particular time starting tomorrow in anticipation of the storm coming through the city, and we just ask all our residents to monitor the forecast and make preparation accordingly as this storm comes through this city," he added.

Mayor Chokwe A. Lumumba said sandbags are available for pickup at Central Supply located at 4225 Michael Avalon St., and asked residents not to remove barricades placed across the city to limit movement in those areas as a safety measure.

"Please respect the barricade; the barricades are there for your safety. Do not maneuver around them, do not move them; they are placed there intentionally and for your benefit," he said. "Not only might you not know the depth of water, (but) if the water is significant enough, it can move things like manhole covers, and you may not know what danger lurks beneath that water."

The mayor said information available indicates that rain will start Thursday with high wind expected Friday as the hurricane progresses, urging those in flood-prone areas to be vigilant.

"The worst is expected overnight between tomorrow (Friday) night and Saturday morning," Lumumba said. "If there are things that you have on your property that can be movable by high wind, then we encourage you to put them away in a place that will not be a threat either to you or to anyone else."

"It is our understanding that the expectation of flooding has been somewhat downgraded, but once again, weather conditions can change," the mayor added. "If you live in an area that is prone to flooding on a normal rain event or heavy rain event, then you can expect that you are susceptible to that if the rain does increase and if the condition does worsen over time."

He said underpasses are particularly dangerous as it is difficult to gauge the depth of water.

"Even as we prepare ahead of time, there are things that we just cannot prepare for," Lumumba said. "If the ground is saturated, it means there is a chance that trees can fall, and so we just ask everyone to take the necessary precaution."