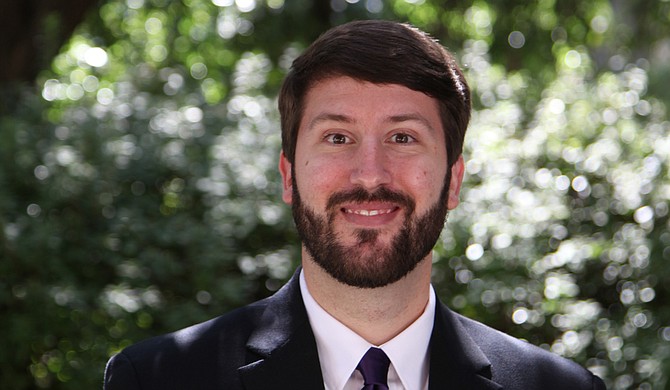 Rhett Sapough, who moved to Jackson from Spartanburg, S.C., earlier this year, became the new director of admission for Millsaps College on Oct. 1. In his position, he oversees the office's admission counselors and manages student recruitment efforts on behalf of Millsaps. He also works with high-school counselors in the Jackson area, across the country and abroad to bring in new students and inform them of the educational opportunities that Millsaps offers.

Before moving to Jackson, Sapough spent four years working for Wofford College in Spartanburg as senior assistant director of admission and director of international and transfer admission. There, he recruited and worked with students from the local market, Wofford’s largest target market, during the admission process. In addition, he oversaw admission for Wofford's transfer and international students and informed them about student organizations and job success programs at the college.

Sapough grew up in Clarksville, Ga., and moved to South Carolina with his family when he was 17. He graduated from Barnwell High School in South Carolina and enrolled at Lander University in Greenwood, S.C., where he received a bachelor's degree in business administration in 2013. He went on to Georgia Southern University, where he received a master's degree in business administration in 2014.

"Ultimately, I ended up pursuing a career in education like many of my direct family members. A unique thing about admissions in higher education is that it can incorporate elements of business administration such as marketing, public relations, sales and management while still being centered around a school environment. It gives me the opportunity to be around students and help them learn while still utilizing my business expertise."

After graduating from GSU, Sapough took a job as associate director of business operations for Greenville Technical College's student housing office. In 2015 he became an admission advisor for Piedmont College in Demorest, Ga., and remained there until 2016, when he went to work for Wofford College.

While at Wofford, in addition to his other responsibilities, Sapough worked as a Title IX investigator. In that position he was primarily responsible for investigating sexual-harassment allegations on campus. He was also a member of both the National Association for College Admission Counseling and the Southern Association for College Admission Counseling, and he was part of the planning committee for NACAC's annual college fair in South Carolina.

Sapough says that what ultimately led to him deciding to take his current position with Millsaps this year is his love of the environment of small liberal-arts colleges.

"When I saw the position opening at Millsaps and heard a lot of wonderful things about Jackson, I knew it would be a chance to work in admission in a strong city capital and a nationally ranked private liberal arts college,” he says. “The thing I've come to love most about what I'm doing is interacting with prospective students and their families and giving them advice on building and deepening their opportunities to pursue and grow a career."

Sapough and his wife, Rebecca, have been married for five years. They have a daughter named Georgia and a son named Harrison.