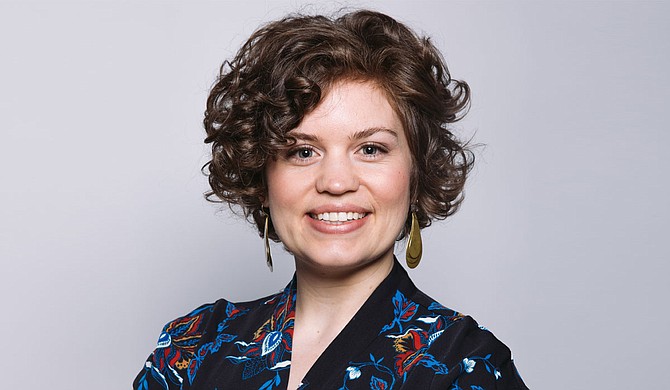 Lauren Rhoades, director of the Eudora Welty House & Garden in Jackson, has held her current position since April 2019. She originally started working for Eudora Welty House as a public assistance specialist in 2018, where she helped develop public programs for guests. She became director six months later.

As director, Rhoades acts as a manager for the rest of the staff at the Eudora Welty House and maintains the house itself in conjunction with contractors and collection staff from the Mississippi Department of Archives and History, of which the Eudora Welty House is a part. She also develops educational programs for students and families and helped launch the facility's new website, eudoraweltyhouse.com, on Tuesday, May 26.

"We've been working on this new website for the past eight months," Rhoades told the Jackson Free Press. "It includes information for visitors about Eudora Welty's life and writing and her garden, as well as a bloom calendar for the different heirloom plants that bloom year-round here at any given time. There are also educational resources on literature for both students and teachers that the Eudora Welty Foundation put together."

One such educational resource is a unit based on Welty's story "Where is the Voice Coming From?," which contains primary documents and drafts of Welty's story on the assassination of civil-rights leader Medgar Evers for teachers to use in the classroom.

Rhoades says that Eudora Welty House staff are currently shifting focus to virtual programming due to the COVID-19 pandemic. The facility recently launched a new program called the "Welty at Home Virtual Book Club," a virtual book club with weekly live discussions and discussion posts on Facebook and Instagram. The first book in the program is "Losing Battles," Welty's longest novel. Suzanne Marrs, a friend of Welty who served as her biographer, leads weekly live discussions on the book via Zoom each Wednesday.

Eudora Welty House is also partnering with the Mississippi Library Commission to organize a virtual version of its summer storytime series, which normally takes place on the house's porch. Each week, staff members will post audio recordings of different books as well as a craft activity for children.

Rhoades, a Jackson resident, was born in Denver, Col., and attended Cherry Creek High School in Denver. She enrolled at the University of Colorado at Boulder and graduated in 2011 with bachelor's degrees in English, Spanish and political science.

"I came into college having taken AP courses in science, English, math and Spanish," Rhoades says. "Since I already had many of my 101 subjects completed already by then, I was able to triple major in those subjects,” she says. “I've always been interested in language, both reading and writing, as well as traveling all over Colorado, where I got a lot of exposure to the Spanish language. I later got interested in international relations while studying abroad in Argentina in 2009 and 2010, which lead to me wanting to learn about political science as well."

After graduating, Rhoades moved to Washington, D.C., and took a marketing and communications job with a federal contractor there. She later applied with FoodCorps, a branch of the AmeriCorps civil society program that builds school gardens and teaches children about healthy food, and moved to Jackson in 2013. She became a fellow with FoodCorps in 2015 and started her own food business, Sweet & Sauer, later that year.

Sweet & Sauer started as a cottage food company making fermented foods such as sauerkraut and kombucha, then later became a commercial business. Rhoades closed Sweet & Sauer when she began working with Eudora Welty House in 2018.

"I decided to work for Eudora Welty House because I was reaching a point where I was feeling burned out with Sweet & Sauer and thought I needed a change," Rhoades says. "I remembered that the Eudora Welty House was the first tourist site I visited after moving to Mississippi and what a unique and incredible experience it had been. I had also read many of Welty's books and stories in the years since, so when I learned a position had opened there I saw it as a great fit for me."

In addition to her current duties with the Eudora Welty House, Rhoades is working toward getting a master's degree in creative writing from Mississippi University for Women. She is set to graduate in 2021.

Rhoades and her husband, LaQuenza Morgan, have been married since 2017.