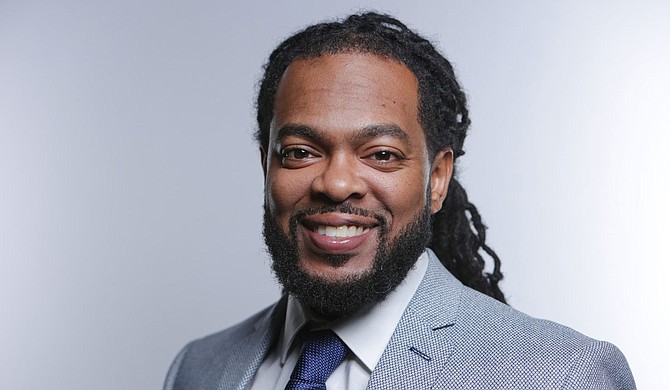 Jackson resident Jhai Keeton took on a position as the City's deputy director of planning and development in January earlier this year, in which he oversees economic, business and real estate development for the city. His primary duties, Keeton says, include job creation, industrial growth, business development, improving housing inventory and attracting retailers and other business owners to Jackson.

"For retail recruitment, we're looking to bring in things like grocery stores, restaurants, family entertainment centers and hotels to corridors within the city like County Line Road, downtown and the area around Highway 80," Keeton says. "We also need to build good relationships with our current business owners and assist them with infrastructure, manufacture and distribution."

Due to the ongoing COVID-19 crisis, large portions of what city workers like Keeton and others would normally do have severely slowed, including projects with real estate developers at places such as Hawkins Field that have had to go on hold. To make up for such setbacks, Keeton says the City has been partnering with organizations like Hope Credit Union to respond to the pandemic, including helping local businesses get necessary funding and personal protective equipment. The City assisted small businesses in securing roughly $4.5 million, Keeton says.

Born in Moss Point, Miss., Keeton attended Moss Point High School and later enrolled at Jackson State University, where he received a bachelor's degree in accounting in 2007. After graduating, he moved to Washington, D.C., and took a job as an auditor for a federal auditing firm called Williams, Adley and Co. As an auditor, he also worked on contracts with the National Department of the Treasury.

He remained there until 2012, and then later that year decided to go into business for himself. He had been interested in entrepreneurship since his time at JSU, Keeton says, when he started his own clothing line called B.Mek-Inherit.

"I've been interested in business since I was a kid, and clothing was the business that ended up finding me, even though I've never been a designer," Keeton says. "I loved the business side of it, and later on I began screen-printing shirts and working with models around Jackson while I was at JSU. By the time I was in D.C., e-commerce had come into its own and I was able to set up online stores while living there."

Keeton bought screen printing machines for himself to work on custom shirt orders for his personal businesses and also began working as a manager and booking artist for models and national recording rap artists, like Lil Wayne and 2 Chainz. By 2014, he decided to return to Moss Point while on vacation.

"I hadn't been planning to move back, but I realized I'd been gone for 10 years and wanted to come back," Keeton says. "Afterward I started going to public political meets and listening to meetings of organizations like the Main Street Association, the city council, (the school board) and the Friends of Library Club. However, a lot of my suggestions on improving the community got met with 'You're young and don't know what's going on' and people didn't want to hear me out."

Keeton began working with a Moss Point community organizer to create the #OnPoint initiative, through which he hosted a back-to-school rally for the local school as a way to get his name out, and the district and community responded positively, he says. He later went on to organize food drives and start engaging in local politics. In 2015, he began looking into local real estate and how to improve it and also began attending economic development meetings around the state.

In 2017, he began serving as a finance manager for a nonprofit called Steps Coalition in Gulfport, and in 2018, he began to also work as chief of staff for Rep. Jeremy Anderson. Later that year he enrolled in graduate school at the University of Southern Mississippi while continuing both positions.

He graduated in May 2019 with a master's degree in economic development and took a position as an intern with the International Economic Development Council office in Washington, D.C., from June to October. Keeton was invited to speak at the organization's annual conference in Indianapolis, Ind., where Keeton met with City of Jackson Chief Administrative Officer Robert Blaine, who later offered Keeton his current position with the City.

At the time, he had been interviewing for positions with organizations in New Orleans, Atlanta and Dallas, but he decided he wanted to stay in Mississippi to help improve his home state.

"I believe in what's going on right now in Jackson and everything we're doing with the City's infrastructure,” Keeton says. "I enjoy the traction we have going here and think we're in a good space with good investments coming in. … There's a lot of creativity going into how we're creating new value here in Jackson."

His main focus in taking this position, Keeton says, is to create positive energy and build morale within the city to “do better business.” To that end, he would like to engage with small businesses in the area to improve their marketing, distribution and finance strategies, and he also hopes to increase community development in areas such as West and South Jackson.

He also looks forward to engaging with and working alongside members of the community on upcoming projects.

“I would like to encourage citizens to get more involved in creating value in their communities.”

Keeton says he wants residents to know that they have someone in City Hall ready to establish relationships with them as he works to help Jackson prosper, and he aims for his efforts to curb the “brain drain” in the state by helping Jacksonians remember that they are winners and can do well in the capital city.