OPINION: Sick and Tired: What It Feels Like to Be Black in America | Jackson Free Press | Jackson, MS

OPINION: Sick and Tired: What It Feels Like to Be Black in America 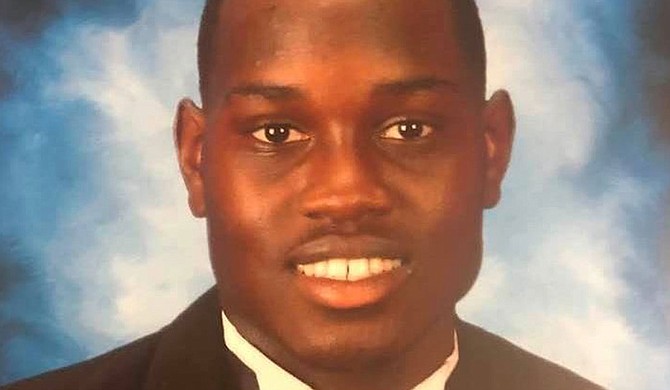 Columnist Duvalier Malone writes that well-intentioned white people must “step outside the bubble of your white privilege” to make a real difference for black Americans’ equality and safety. Photo courtesy Facebook

We repeat that line over and over, almost as if we expect a complete and instant transformation in the hardened hearts of racists that will make them accept and believe those words. We think that if we continue to voice the fact that "we are people,” it will somehow break through the defenses of bigots who hate us for no reason other than the color of our skin.

But I'm here to tell you that it doesn't work. The world is faced with one more true and horrible tale of another black life lost, for doing nothing at all.

Well, I suppose we shouldn't say Ahmaud Arbery was doing nothing at all. He was jogging. Running. And with each step he took, he was seen as dangerous and criminal by the two white men who, a video now shows, hunted him and took his life, when in reality he was nothing but an unarmed, innocent victim.

Ahmaud wasn't dangerous. The two men that took his life are dangerous, and they are criminals.

Will It Be Me Next Time?

One of Mississippi civil-rights activist Fannie Lou Hamer's most famous quotes is her 1964 statement, "I'm sick and tired of being sick and tired."

Every day, it seems as if the country is taking another step backward, as if America wants to undo every bit of progress that was made. America no longer cares to be seen as a shining beacon that shed the mantle of racism and led the world forward out of bigotry and hatred.

Now America is leading the retreat back into an untenable position: where people are judged for the color of their skin instead of the content of their character.

America is once again refusing to accept black people as people. Many of my liberal, white friends would probably tell me that I'm wrong to feel this way. They feel that we have come so far, and we should be happy and proud to have made so much progress.

But is it really progress if it can evaporate and disappear on a moment's notice? It seems that justice for black people is almost an imaginary thing. It doesn't exist across all of America. Justice seems to be a thing that we can put up in a cupboard, only taking it out when white America deems it appropriate. But other than that, it's put on the shelf.

Many of my white friends are well-intentioned, but I pose this question to them: How many of you have made an actionable difference in the fight for equality? Have you ever stepped outside the bubble of your white privilege in an attempt to gain some sort of understanding of what black people endure every day?

I guarantee that if you take that step forward, to find out how black people live in America, you won't like what you find. It will disgust you, sicken you to your stomach, and you will want to vomit. You will feel a suffocating oppression that threatens every breath you take, a constant fear every time you step outside of your home.

And that's what it feels like to be black in America.

So here I am, writing yet another article to tell you that black people are people too; and we, the people, are sick and tired of being sick and tired. Now I'm going to borrow something that is being passed around on Twitter.

“We can't jog - Ahmaud Arbery. We can't relax in the comfort of our homes - Botham Jean and Atatiana Jefferson. We can't ask for help after being in a car wreck - Jonathan Ferrell and Renisha McBride. We can't hold a cellphone - Stephon Clark. We can't leave a party to get to safety - Jordan Edwards. We can't listen to loud music - Jordan Davis. We can't sell CD's - Alton Sterling. We can't sleep in our beds - Aiyana Jones. We can't play cops and robbers - Tamir Rice. We can't walk home with skittles - Trayvon Martin. We can't get a traffic ticket - Sandra Bland. We can't lawfully carry a weapon - Philando Castile. We can't go to church - the Charleston 9. We can't whistle – Emmett Till.”

The simple truth is that until America gets its act together, we can't live.

Duvalier Malone is the author of "Those Who Give A Damn: A Manual for Making a Difference," a motivational speaker, community activist and CEO of Duvalier Malone Enterprises, a global consulting firm. He lives in Washington, D.C.