OPINION: We Must Vote Like Our Lives Depend On It—Because They Do | Jackson Free Press | Jackson, MS

OPINION: We Must Vote Like Our Lives Depend On It—Because They Do 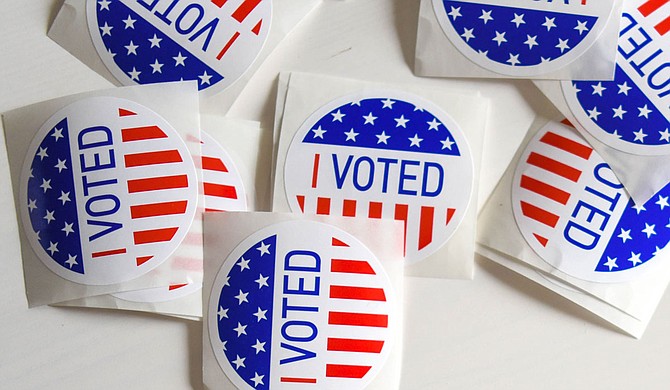 Duvalier Malone warns about a concerted effort to disenfranchise voters, whether it’s by closing voting locations in Black communities or the attack on the postal service to slow it down to a crawl to delay absentee ballots. Photo by Element5 Digital on Unsplash

Elections have consequences. I believe the American public is more aware of this fact now than we've been since perhaps the start of the Union. We have spent the last four years watching the consequences that have come from the decision that we as a nation made in 2016.

I will grant you that a lot of people didn't take part in that decision. In 2016, there was a large effort to suppress the vote by convincing Americans that they shouldn't participate in the voting process.

I don't understand why people would even consider the thought of not voting, but I believe it's a very dangerous train of thought for anyone to perpetuate. You see, the person that lives in the White House is going to affect each and every one of us, whether we engage in the electoral process or not.

I've heard many people say, "If you're not going to get engaged, then don't complain after the election."

I disagree with that statement. I'll never tell anyone in America that they don't have the right to peacefully protest. If you want to complain about who serves in office, then you have every right to do so, a right granted by our Constitution.

That brings me to my next point: our constitutional rights.

It's almost a foregone conclusion that whoever is elected president on Nov. 3 will most certainly have the opportunity to make at least one U.S. Supreme Court appointment.

It would be a historic move. There has never been a Black woman on the Supreme Court, and I believe that it would give Black women long-due representation on issues that matter to them. And not only that, but I believe that this appointee would also be a person who would stand against those who try to erode the constitutional rights of American citizens—even our right to peacefully protest.

Our rights are under attack. There's a dire need for a Supreme Court that will side with the Constitution and the American people, regardless of politics or who the president is. There are many qualified and experienced Black women who would be able to effectively ensure that our rights as Americans are protected.

But of course, that's just one of the issues that we should consider as voters in advance of Nov. 3.

Our educational system is under  attack. During this pandemic that has killed over 160,000 people, we are being told that we must reopen schools and send our children into danger. This is unacceptable.

At a time when we are facing our worst health crisis in a century, we are being told that the Affordable Care Act needs to be repealed, even though there is no replacement.

There is a concerted effort to disenfranchise voters, whether it's by closing voting locations in Black communities or the attack on the postal service to slow it down to a crawl so that voters who are rightly worried about exposure to COVID-19 can't mail in their ballots.

Police reform isn't being pushed as strongly as it should be, because our current leaders are instead demonizing unarmed Black people that continue to be murdered in American streets.

All of this is simply unacceptable. When you say that you won't vote, then you are saying that you are putting your life in the hands of someone else—and the sad fact is, someone else may not have your best interests at heart.

So I'm imploring all of us: Let's not put our lives in the hands of others. We have the power to choose our elected leaders. America isn't a dictatorship. We're not a country struggling to find democracy.

We have the constitutional right, and even duty, to cast our vote for the person that we feel is best qualified to lead this nation into a brighter future.

We have to stop letting ourselves become mired in minor controversies and instead stay focused on what the real issues are. This is a life-and-death election—literally.

How we cast our votes on Nov. 3 just might be the determining factor in our very existence. I hope that we choose wisely.