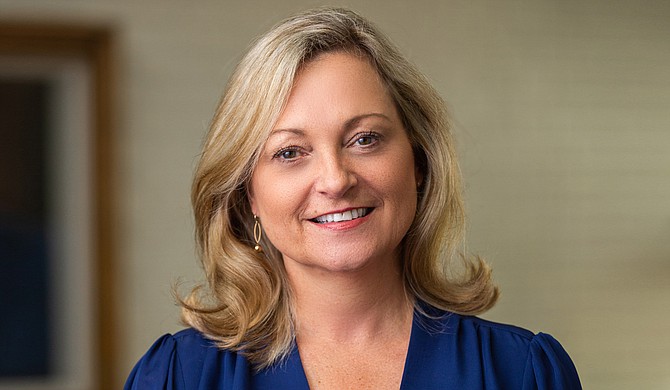 Valerie Linn, executive director of Magnolia Speech School in Jackson, has held her current position since August 2014. Her primary duties include staffing, helping ensure that children attend the school with reduced tuition fees, stocking the classrooms with materials for special needs children and working with the school's board.

Elizabeth "Libba" Matthews, the founder of Magnolia Speech School, established the school out of her Jackson home in 1956 and educated the school's first students herself, Linn told the Jackson Free Press. The school moved to its current location in 1974

"Matthews' second son was deaf and she wanted to be able to educate him," Linn says. "The Mississippi School for the Deaf was in Jackson at the time, but she wanted her son to be able to learn to speak as well, which at the time was something no one thought could happen, even with hearing aids. That was what led her to take him to the Central Institute for the Deaf in Missouri and work as an administrator there until she realized she could teach him herself, and she returned to Jackson to open the school."

Before taking her current position with Magnolia Speech School, Linn worked as a speech pathologist for 24 years. Speech pathology involves working with children and other people with severe articulation, communicative or language disorders that impact the ability to speak or comprehend spoken words. Her interest in the field of speech pathology began when one of her cousins contracted spinal meningitis at 11 months old, while Linn was in junior high school.

"My cousin survived but suffered neurological damage and eventually underwent speech therapy at the University of Southern Mississippi," Linn says. "He would bring his speech books with him when he visited and would tell me about all the things they did at the school, and it sparked my interest. I have always loved to see children learn, and the medical aspect of the treatments also interested me despite the fact that I didn't want to be a nurse. The convergence of those two aspects led me to begin looking into the field later on."

Born in Coziusco, Miss., Linn moved to Hattiesburg with her family and graduated from Hattiesburg High School before enrolling at the University of Southern Mississippi, where she received a bachelor's degree in speech and hearing sciences in 1984. She later received a master's degree in communicative disorders from the University of Mississippi in 1987.

After graduating from UM, Linn moved to Jackson and began working part-time as a speech pathologist with the Mississippi Easter Seals Society, which became the Mississippi Society for Disabilities during the ’90s. She also spent a year working as a speech therapist for Willowood Development Center, a school for children with significant disabilities in Jackson, before she began working full-time with Easter Seals as a clinical speech pathologist, doing screenings, assessments and therapy for children.

Linn left the Easter Seals in 2011 to become executive director at the Juvenile Diabetes Research Foundation in Jackson, as well as a member of the board for the Junior League of Jackson. She became president of JLJ later that year.

"I've been involved with some manner of nonprofit organization all my working life, and I loved the internal look into how to run such an organization that I got through working with Junior League," Linn says. "That experience made me want to go on to directing an organization like JDRF and start training for what would eventually be my executive position here with Magnolia Speech School. I took this position because I knew I wanted to be able to work with children and families all day every day."