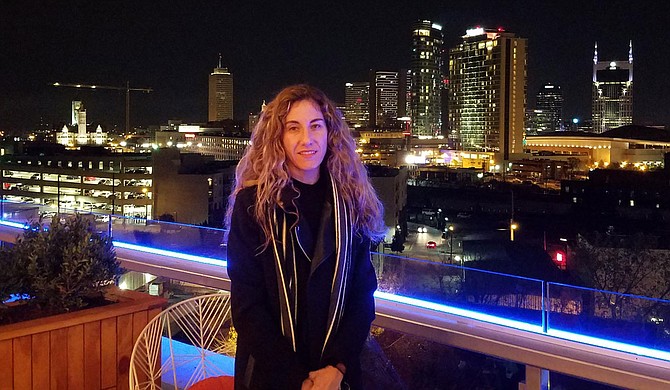 Jackson State University recently named Leticia Alonso, an assistant professor of Spanish at the university, as the recipient of its 2020 Humanities Teacher of the Year Award.

After receiving the nomination in February, Alonso gave a talk at the College of Liberal Arts building on the JSU campus about her area of research as part of the requirements for receiving the award. Her talk focused on poetry and the intersection of the art form with modernism and cinema celebrity culture, as well as the crossroad of high and low art, Alonso told the Jackson Free Press.

Alonso has been a member of the JSU faculty since January 2017 and teaches classes on Spanish language, literature and culture. She previously taught English at the University of Salamanca in Salamanca, Spain.

Born in Salamanca, Alonso graduated from Calasanz High School and enrolled at the University of Salamanca to study English Philology, which is the study of the English language and English literature.

"I've always been interested in the idea of language and have long had a deep appreciation for literature, so Philology seemed like a good combination for growing my knowledge of language while also doing a lot of reading," Alonso says.

Alonso received her bachelor's degree in English Philology from US in 2005 and enrolled in a doctorate program in English at the university that same year. She also applied to the Fulbright Scholarship program, a national cultural exchange fellowship that works to improve intercultural relations and diplomacy. After receiving the scholarship, she decided to use it to travel to the University of Buffalo in New York in 2008 to continue her studies.

After arriving in New York, Alonso decided to change the focus of her studies to comparative literature, which compares books from other cultures as well as differences in subjects such as philosophy or law.

"In my case, I decided to research Spanish American literature and American literature in the 20th century," Alonso says. "I was interested in comparative literature because the concept of cultural convergence fascinates me. I've always wanted to travel, see the world and see how human interactions differ. I believe we can understand civilizations better by comparing them."

Alonso received her doctorate in comparative literature from UB in 2014 and returned to Salamanca after her Fulbright scholarship period ended. As part of the program, upon her return Alonso had to contribute what she learned in the United States during a presentation at the Salamanca campus.

"What I learned and decided to contribute to the program concerned the field of philosophy," Alonso says. "The comparative literature program in Buffalo was strongly philosophically oriented. In Spain, universities don't typically use philosophy nearly so much in literature studies like what I saw in Buffalo."

Alonso received a doctorate in English from US in 2017. After graduating, she applied for her current position at JSU after learning that the university was looking for a new Spanish language and literature professor. She immigrated to the United States and settled in Brandon, Miss., later that year.

Recently, Alonso assisted Latin American citizens in the Jackson metro in understanding the United States census by translating documents for an organization called One Voice, which works to raise awareness of the importance of participating in the census. She also works as an advisor for the Alpha Mu Gamma Honor Society at JSU and translates documents into Spanish for the Mississippi Emergency Management Agency.

Alonso and her husband, Brian Phillips, a fellow professor of Spanish at JSU who Alonso met while attending UB, have been married since June 22, 2019.