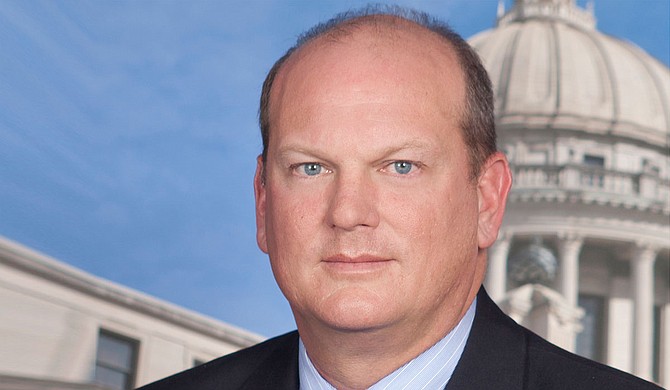 In an opinion column for The Clarion Ledger, Sen. Brice Wiggins, R-Pascagoula, laid out the reasoning behind his revival of the anti-gang bill, conflicting with what he told the Jackson Free Press in interviews. Courtesy MS Senate.

Sen. Brice Wiggins, R-Pascagoula, argued for his expanded gang legislation in an opinion column in The Clarion Ledger this week. The former prosecutor pushed back on criticism of his Senate Bill 2459, a revision to the existing Mississippi Street Gang Act to introduce strict criminal penalties and mandatory jail time for a raft of "gang"-related activities. The bill's new definition of "criminal gang activity" includes previously legal actions, most notably the recruitment of individuals to any existing group that could qualify as a "gang" under the bill's new expanded language even as being a member of the same gang is not a crime.

In the column, Wiggins argued that the bill—his third attempt in four years—would "give our prosecutors and law-enforcement officials stronger tools to take on those who would recruit our children and young adults into a life of crime in a gang."

But gang and crime experts argue that Mississippi's already existing gang law, as well as the rest of its criminal code, provides investigators with ample tools to combat criminal gang activity without an expansion that could allow too much discretion for over-criminalization based on suspected gang classification, even blaming gang membership for an individual act of violence. Wiggins asserts in the Ledger that the bill "creates a clear legal definition" for "criminal gang activity" to help define "what it is and isn't."

Office of Capital Defense Counsel Director Andre de Gruy says Wiggins' op-ed confirmed his fears, stressing first that he believes the bill does not create a clear legal definition for "criminal gang activity." De Gruy points out that the subsections, as well as Wiggins' own explanations of his bill, contradict each other. "That's one of the big problems here. It really can be used improperly. We don't know what its effect is going to be."

'The Current Laws Are So Weak'

In his column, Wiggins repeats a common claim about gang activity in Mississippi, indicating that the law could be about getting increased funding for police to use in apprehending gang members. "There is currently documented gang activity in each of Mississippi's 82 counties—in our neighborhoods, schools, detention centers, jails and prisons. In many counties in our state, there is no funding for gang-related crime investigations. Sheriffs and prosecutors are frustrated—the current laws are so weak."

But other chief supporters if Wiggins' gang legislation say that funding for gang-related crime investigations is not a priority for them. At the Feb. 25 House Judiciary B Committee meeting where SB 2459 passed through to the Senate floor, Senate Minority Leader Derrick Simmons, D-Greenville, asked Mississippi Association of Gang Investigators spokesman Jimmy Anthony if he wanted more funding for gang investigations.

Anthony's reply was swift. "No, we don't want money! We want to be able to get this law into place," he said.

The expanded law, Wiggins recently confirmed to the Jackson Free Press, would function like a state-level RICO—Racketeer Influenced and Corrupt Organizations Act—law to help law enforcement treat gangs like criminal enterprises, just as the federal RICO allowed the feds to do with mobs originally and, starting in Bill Clinton's administration, national street gangs. Wiggins wants a strong RICO-type state law for gangs, although Mississippi law already allows conspiracy charges for members of gangs and other groups that participate in criminal conspiracies.

"These gangs are not just groups of individuals; their operations have grown now to be very solid criminal enterprises," Wiggins continued, again talking about the gangs "in each of Mississippi's 82 counties."

De Gruy challenged the certainty of these assertions, as well as the broad brush it used to address Mississippi's various "gangs."

"Some of these gangs certainly are (solid criminal enterprises), but it's not clear which ones, and I don't know that they know, either," de Gruy said. Furthermore, the public defender suggested that existing RICO laws already threaten gangs that have sophisticated, material power structures if and when their enterprises cross over into criminal conspiracy.

Specific data on gangs in Mississippi and the counties they operate in are inconsistent, submitted by various agencies around the state. The bill's critics complain that the "82 counties" statistic is not a meaningful gauge of the severity of gang activity in Mississippi, but rather a fear-based phrase.

"When they're asked point blank 'how many gangs are in my county,' they say 'we can't give it to you at that level.' That's a huge problem, to be passing a bill of this significance when the proponents say 'this is a problem, take our word for it,'" de Gruy said. "Everybody in the system knows there are gangs. The question is: is the problem getting worse?"

Criminalizing Recruitment or Not?

Wiggins also suggests SB 2459 was a bipartisan effort. "Just as in previous years, I have worked diligently with my fellow colleagues, Democrats and Republicans, to pass a bill that guards against overreach and subjective enforcement," he wrote in The Clarion-Ledger, a newspaper that supported an expanded gang law in reporting in recent legislative sessions.

No Democrat interviewed for this report or any for the Jackson Free Press' earlier reporting on SB 2459 has expressed support for Wiggins' bill, however. In the Senate Judiciary Committee that Wiggins chairs, the bill passed along party lines, after weathering several attempts by Democratic legislators to weaken and limit the scope of the bill. Simmons proposed a successful amendment to lower the criminal penalties associated with the bill's "criminal gang activities."

In the most revealing section of the op-ed, Wiggins addresses the largest controversy of the gang bill, which relies on circular logic: criminal penalties for recruitment. "Gang membership or identification itself would not be a crime under this legislation," he wrote. "However, gang recruitment would be sufficient cause for a warrant, arrest and conviction under this law if passed as written."

If gang membership or identification is not considered a crime, how could recruitment into a gang be a criminal act? Every critical voice spoke in unison on this matter, calling the criminalization of recruitment to a gang in which membership itself was not a crime a fundamental violation of the First Amendment right to speech and assembly.

Wiggins' position on this section of the bill is not consistent. In the op-ed, his take is crystal clear: gang recruitment is sufficient cause for a warrant, arrest and conviction if the law passes as written. However, in a phone interview with the Jackson Free Press Monday, Wiggins suggested the recruitment in question must be for the purposes of criminal gang activity alone.

"If gangs are doing something other than the criminal gang activity listed there, then they can't be prosecuted under that bill," Wiggins said.

The Jackson Free Press asked Wiggins in a February interview if recruitment into a local chapter of the Simon City Royals, a white street gang active in Mississippi, would be sufficient for prosecution under the expanded gang law even if that chapter was not solely participating in a criminal enterprise together. (Some people identify as gang members, but commit no crimes or only sell drugs as individuals to support themselves.)

"Based on that analysis, yeah, you can't. (You have to be) recruiting them to commit criminal gang activity," Wiggins responded in his office.

But Wiggins' op-ed states plainly that "gang recruitment would be sufficient cause" for prosecution. Not to mention, criminal conspiracy is already a crime without expanding the gang law, which was only used to prosecute African Americans from 2010 until 2017.

'Not Black or White, Rich or Poor, Republican or Democrat'

Wiggins has long recoiled from suggestions that his proposed gang bills could allow even more disparate treatment of suspected gang members due to his legislation's inconsistencies and expanded language. "The issue is not black or white, rich or poor, Republican or Democrat," Wiggins insisted, undergirding his previous statements on bipartisanship. 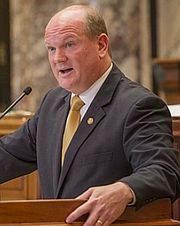 But the data do not back Wiggins' assertion. The State's gang laws disproportionately target poor black adults and children. "We know that minority youth are too often being brought into the criminal-justice system. Those concerns are real," de Gruy said. "We have a gang bill, but it's used disproportionately against blacks. Forrest County is one of the places this bill has been used. We know there are white gangs in Forrest County. But all of the people this bill has been used against are black."

Wiggins attempted to clarify some of the bill's language to the Jackson Free Press in the Monday phone interview, while expressing frustration with critics for failing to understand what he sees as a very standard, straightforward piece of legislation. "Everyone is making this way more complicated than it has to be—or that it is," Wiggins posited.

The former prosecutor then used an analogy that equated the definition of burglar (someone committing a crime) with gang membership (which he has stated clearly is not a crime), arguing that law enforcement should get more power to decide. "We do criminal laws every year. And nobody ever asks who determines what a burglar is. Just like grand larceny. It's turned over to a law enforcement officer, (and then) every felony has to go through a grand jury," Wiggins said.

Rep. Nick Bain, chairman of the House Judiciary B committee, said he was waiting for the bill to pass through the Senate to address it. The House version of the bill, House Bill 816, introduced by Rep. Fred Shanks, R-Brandon, died in Bain's committee March 3.

Email state reporter Nick Judin at [email protected] and follow him on Twitter at @nickjudin. Donna Ladd contributed to this story. Read more about gang laws in Mississippi at jacksonfreepress.com/gangs.