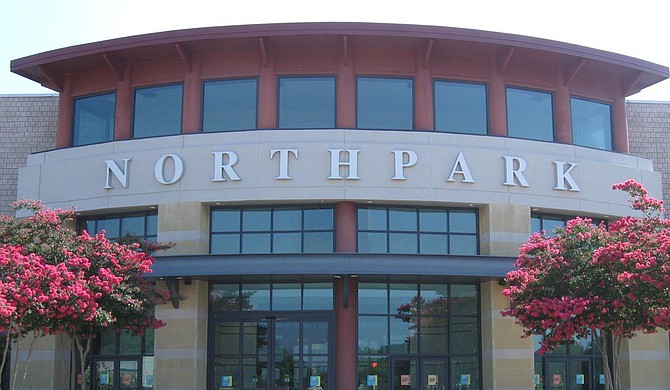 Northpark announced on Wednesday, March 4, that it plans to hold the grand opening for B&B Theaters, a new 14-screen movie theater, in April 2020. Photo courtesy Northpark

Northpark (1200 E. County Line Road, Ridgeland) announced on Wednesday, March 4, that it plans to hold the grand opening for B&B Theaters, a new 14-screen movie theater, in April 2020. The theater is located on 250 Ring Road in Ridgeland, which is the road that surrounds Northpark. B&B Theatres currently has another location in Mississippi at the Vicksburg Mall.

Northpark and B&B Theatres renovated the former Regal Cinema, which closed in January 2019, to house the new facility. The renovations include changes to the lobby, restrooms and concession area, as well as the installation of new screens, seating, carpeting, countertops and signage, a new exterior facade and a resurfaced parking lot.

B&B Theatres will include amenities such as the Marquee Bar, a full-service bar with beer, wine or cocktails for guests ages 21 or older. The theater will also have a lounge, a made-to-order food menu, auditoriums with electronic heated leather recliners and more. Northpark also recently announced that all of the theater's reclining leather seats will include a built-in heating system with three settings.

Christy Pender, marketing and business development manager for Northpark, told the Jackson Free Press that the new theater will also have "a number of elements only found here in Mississippi," details of which she says Northpark will reveal every week until the theater's opening on the Facebook pages for Northpark and B&B Theatres.

B&B Theatres Northpark will have 14 screens of varying size that will seat anywhere from 30 to 150 people. Seating will be available by reservation only. For more information, call 601-863-2300, or visit visitnorthpark.com or bbtheatres.com.

The historic Edison Wathall Hotel (225 E. Capitol St.) in downtown Jackson, which closed in 2010 due to water pressure issues, will reopen as loft apartments by April 2020, 16 WAPT reported.

Named after Confederate general and Mississippi senator Edward Cary Walthall, the hotel originally opened in 1928. The Jackson City Council passed an ordinance allowing the developers to avoid elevating the parking structure by 18 inches in accordance with floodplain code in October 2018, and new construction on the building and parking structure began in December 2019.

John Gomez, president of Downtown Jackson Partners, told the Jackson Free Press that the completed Walthall Lofts will contain more than 150 one- and two-bedroom apartments. The building will also have a connecting bridge to the Southern District of Mississippi federal courthouse next door.

Vertex originally received a similar contract from NASA for the AFRC site in 2013. The company has provided support for regular and special purpose research and support aircraft there and at other deployment locations across the United States.

Since receiving the original contract, Vertex has provided pilots who have served as navigators, flight engineers and instructor pilots for NASA, a release from the company says. Vertex has also provided more than 350 hours of instruction from 2013 to 2017. For more information, visit vtxaero.com.