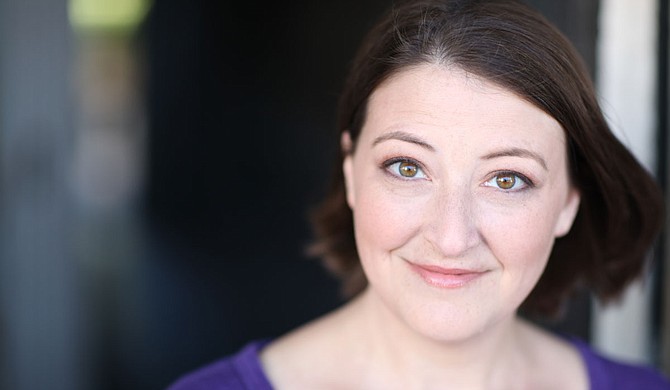 Like a lot of children growing up in the '80s, Keri Horn loved to watch cartoons like "The Smurfs" and "The Care Bears." But she might have been one of the children approaching the television set with a tape recorder.

Horn would record the voices of her favorite characters to listen to later. Through this practice, she soon realized the same person was voicing her favorite characters and that she wanted to be a voice actor for a cartoon. Soon after that, her father, Walt Grayson, who was a radio host at the time, pulled her into the booth to help record a commercial when she was 10 years old.

Horn describes voice acting as using different dialects and accents to become a character and tell a story. Part of what drew Horn to voice acting is that changes in  appearance over time does not affect the job. In the voiceover booth, Horn isn't limited to roles that require a middle-aged, 5'2" woman. Over the course of her 30-year career, Horn has been an ogre, a cat, an elf, and far more for commercials, audiobooks, video games and TV shows.

Horn studied acting at Hinds Community College before earning her bachelor's degree in theater in 1998 from the University of Southern Mississippi.

In 1999, she began working at Mississippi Public Broadcasting, where she still works as a closed captioner and writer. She has also been a puppeteer and producer there.

Horn says she has spent as much time at MPB as she has because she gets to work with some of the most creative people in the state, whom she says are her main reason for staying.

One of the most meaningful awards Horn says she has received for her work was when the team that helped her produce “Ed Said '' won three regional Emmys in 2017 for writing, music composition and show. The show centers around a puppet named Ed, a boy who loves to learn, sing and rap about being healthy.

Another notable moment for Horn was when “Between the Lions,” a show MPB co-produced with WBGH and Sirius Thinking, won a National Emmy in 2009 for writing. She accepted the award in Los Angeles from Bindi Irwin, who Horn says said she loved the show in the cutest, Australian accent.

Accolades aside, Horn says being a voice actress does not require much—just a closet, microphone and computer—but the most important supplies are coaching and the will to hunt for work.

"This is a gig economy, and this is definitely something that you go out, and you beat the bushes, and you find the work," Horn says. "After the audition, after you get the job, that's when the fun starts. But getting the job is the job. Doing the job is the fun part."

A work week for Horn includes three hours of script writing, one-to-two hours of cutting a script and five hours per day of closed captioning, and that’s just at MPB. When she goes home, she searches for auditions, recording with audition scripts, and works on new character voices. However, if she’s working on a play with New Stage Theatre or working on an improv show, her schedule changes.

“That’s the fun part. There is no ordinary week, and I get to wear jeans everyday,” she says.

Beginning March 30, Horn will be teaching voiceover classes at New Stage Theatre on Monday nights from 6 p.m. to 7:30 p.m. until April 20. The classes cost $175 for the four-week session.

Students can expect to learn how to approach a script, what clients are looking for, where to find character voice inspiration, microphone etiquette, studio setup and lessons on vocal health. At the end of the class, students will receive a recording of the work they've done in class to monitor their progression.

For more information, contact New Stage Educational Director Sharon Miles by email at [email protected] or by phone at 601-948-3533, ext. 232, or visit newstagetheatre.com.