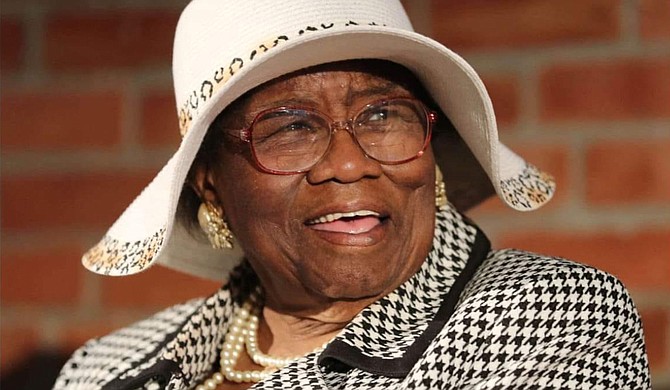 Emma D. Sanders, a Mississippi Civil Rights Movement veteran and a founding member of the modern Mississippi Democratic Party, recently passed away in her Jackson home at age 91.

Sanders was born in Claiborne County, Miss., on Sept. 24, 1928. She went to school on the campus of Alcorn University from grade school through college and went on to receive a master's degree in business from Indiana University Bloomington in Bloomington, Ind. After graduating she began working as a teacher in the Jefferson County School District and later moved to Jackson during the 1960s, where she taught at Brinkley High School and Lanier High School.

When Sanders' oldest son, Everett Sanders, became involved in the Civil Rights Movement in the state, it prompted her to become involved herself, her grandson Keelan Sanders told the Jackson Free Press, because she "didn't want her children to be involved in something she didn't have a strong understanding of herself." In 1963, Sanders became a plaintiff in a lawsuit against the state of Mississippi to allow the names of African Americans running for political office in the state to be printed on ballots.

"My grandmother was instrumental in Democratic politics as far back as I could remember," Keelan Sanders says. "From winning that case for the right of Black candidates to be on ballots to changing the landscape of the whole nation in terms of gender and racial representation in the national Democratic community, she was a pillar of the community looking out for the welfare of all."

"She was my grandmother, but she raised me like a mother and taught me right and wrong," Keelan Sanders says. "When she saw anyone who wanted to be involved in the Civil Rights Movement of the community, she was happy to assist them, educate them and show them how to give back. She lived a long, giving and unselfish life on behalf of Mississippi and lit a fire for her children to carry the torch for her. It was because of her that I ended up getting involved in politics myself."

Keelan Sanders served as the first African American executive director of the Mississippi Democratic Party from 2004 to 2008. He is also a former Democratic National Committee member and was a superdelegate in the party from 2008 to 2012.