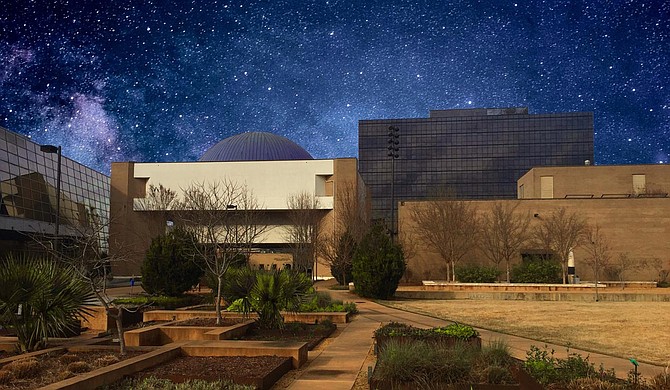 A roof leak and resulting interior damage forced the planetarium to close in April 2018. With the damage repaired, the City is preparing to renovate the building for the first time in 40 years and plans to reopen the planetarium by April 2022.

Through the end of August 2020, the planetarium will run a fundraising campaign and sell limited-edition merchandise to raise money for design work and exhibition design and build-out, a release from the Mississippi Arts Commission says. For more information on renovation efforts for the planetarium, visit yourplanetarium.com.

The Mississippi Arts Commission is accepting nominations for the 2021 Governor’s Arts Awards. Launched in 1988, the event recognizes individuals and organizations who have made great accomplishments in artistic disciplines, arts-based community development or arts patronage in Mississippi.

Participants can submit award nominations online on MAC’s website. The deadline to submit nominations for the 2021 Governor’s Arts Awards is July 31, 2020.

Schools, businesses, organizations, arts initiatives and events, individual artists and supporters of the arts are eligible to receive Governor’s Arts Awards. MAC does not require recipients to be Mississippi residents, but they must have significant ties to the state through some years of residency, a release from MAC says.

Paul Adair, who formerly worked with Table 100 and The Gathering in the Town of Livingston, recently partnered with Jessica Quinn, former bar manager for Gold Coast at Cultivation Food Hall in the District at Eastover, and Rashanna Newsome, former executive chef at Aplos in the District, to open a new restaurant called Dumbo's on Duling (3100 N. State St., Unit 102) in downtown Jackson.