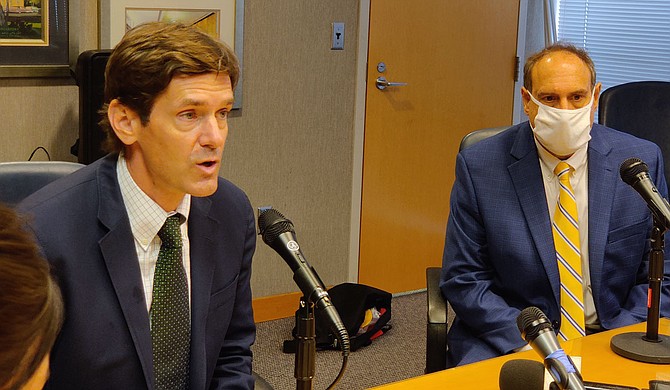 Mississippi’s health-care system is rapidly approaching catastrophe, State Health Officer Dr. Thomas Dobbs warned Thursday—not in a matter of months, but in a matter of weeks.

“I'm absolutely terrified that we're going to overwhelm the health-care system, hospitals and intensive care units not in the fall, which is something that had worried me previously, but … next week or two weeks from now,” Dobbs said at an evening press event, the same day that the Mississippi State Department of Health announced 1,092 new cases of COVID-19.

In an interview Tuesday, Dobbs told the Jackson Free Press that such a catastrophe could happen by the fall, the first time he had indicated that level of severity.

Today, MSDH reports 550 additional detections of coronavirus across Mississippi, still one of the highest totals since the pandemic reached Mississippi. Six deaths accompanied the news, reflecting the warnings of Dobbs and State Epidemiologist Dr. Paul Byers that the new transmission is taking place in communities, not the state’s long-term care facilities.

At the Thursday press conference, Dobbs harshly rejected any notion that the higher numbers were the result of increased testing. Spread is increasing, the state health officer warned, and testing is flat.

“The truth is there's a lot of COVID out there. It's killing people. It's going to kill a lot of people and it's going to stress out our healthcare system. That is just reality,” Dobbs said. “And if people don't want to acknowledge it, then, you know, I hope that when they go to the ICU and want care that there's care available for them.”

Throughout the press conference, Dobbs displayed unconcealed contempt for individuals who continue to flaunt the simple restrictions on gatherings and guidelines on mask usage.

“Follow the current rules, for crying out loud,” Dobbs said. “We’re going by restaurants and we’re going to make sure they’re following the rules. … People are fixated on things that are not necessary for life.”

The current, shockingly fast spread of COVID-19 is not attributable to any one particular cluster, Byers explained, but by generalized social gatherings across the state, many of which exceed the already lax limitations on social distancing.

“What we’re not seeing is that it’s necessarily associated with a definable outbreak in a facility,” Byers said. “(It’s) broad community transmission.” 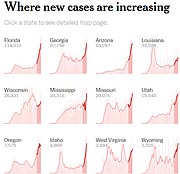 And that community transmission could have a dire impact on the entire state if not brought under control. “If we’re not careful, Mississippi could look like New York,” Dobbs said.

Mississippi has never truly seen a decline in cases of COVID-19, even after the state’s brief shelter-at-home period helped to flatten the increase that began in March. The June spike is a terrifying prospect for the state’s hospitals and health-care officials, who dearly hoped for the virus to dissipate in the summer, giving the state time to prepare for another flare-up in the fall.

Byers, visibly exhausted from the stresses of the ongoing crisis, pleaded with Mississippians for vigilance. “It's not that we can wear a mask and say that we've done our duty one day,” he said. “It's got to have that persistence of those appropriate actions. And if people do that, we will see a downturn. We will see a decrease in cases.”