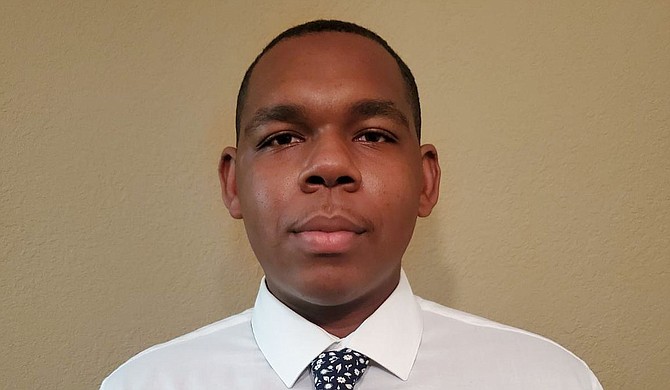 Jordan Gray, a senior journalism major at Mississippi College, launched his own Youtube channel, Baller Brains, in November 2019. The channel, which originally focused on the New Orleans Pelicans basketball team, has since grown to 724 subscribers and has had a video pass 69,000 views.

Gray, 22, has lived in Madison since his family moved there from Jackson when he was in third grade. He grew up with a love of basketball from watching Lakers games with his family, but found that he wasn't good at playing the sport himself.

"Even if I couldn't play it well, I was still a big fan of watching the sport, and as I got older I started seeing basketball in a different scope than before," Gray says. "I ended up gravitating toward the Pelicans because they're one of the closest NBA teams to Mississippi and a lot of players from Mississippi are on it, and from there things started lining up."

Gray developed an interest in writing while attending Madison Central High School, when his 10th-grade English teacher had students write in journals for 10 to 15 minutes at the beginning of class to help them focus their thoughts after lunch. Gray began enjoying the activity more and more and soon became passionate about writing on his own time, which he says eventually led to choosing journalism as a major.

"I chose to pursue journalism because I wanted to have a passion in life that wouldn't limit me, and I felt like I'd be able to cover all kinds of things that way," Gray says. "At the same time, though, when you're majoring in journalism you have to write about what professors want you to write about in class and not necessarily what you might want to write about, and that led me toward starting Baller Brains as a personal project after a while."

Gray first came up with the name and logo for Baller Brains in 2018, a year before he launched the channel. Since its launch, Gray says he has covered every game the Pelicans have played, offering breakdowns and commentary on each one. The show has now expanded beyond the Pelicans and offers coverage of individual players, NBA teams, the NBA 2K League and more.

Gray is set to graduate from Mississippi College in fall 2020 and plans to apply with the Pelicans as either a journalist or a video production manager. He is also working to grow the subscriber base for Baller Brains in hopes of merchandising and opening a proper production studio to expand the show further.

"It's been a real journey these past seven months," Grays says. "At the start I was playing with Adobe Premiere and after-effect software as a way to get better-rounded as a journalist by learning more about broadcasting and editing. I didn't think I was skilled enough at the start and thought about finding people to do some of those things, but I realized that I needed to get good at it myself. Now I've learned about media encoding, Photoshop and plenty more while growing Baller Brains, and this has become something really personal for me."