PUBLISHER’S NOTE: The Stennis Flag Is the Best Choice Now for Mississippi 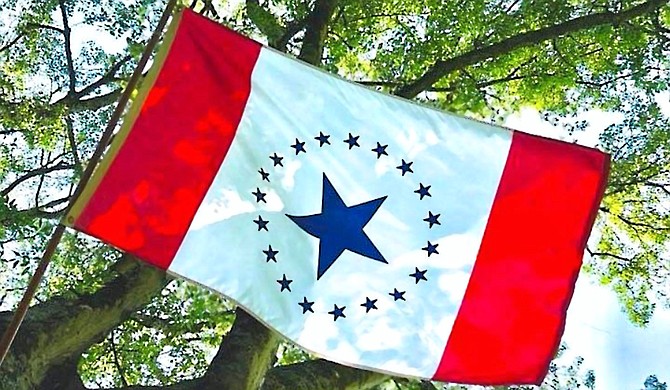 As a window opens on changing the Mississippi state flag, which honors the Confederacy, a debate has opened about whether or not to accept a flag designed by artist Laurin Stennis. Associate Publisher Kimberly Griffin says to not delay and replace it with the Stennis flag and start the process of changing Mississippi. Photo courtesy Stennis Flag Fliers 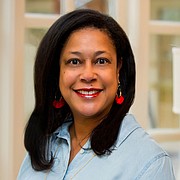 This spring and early summer have been heavy and filled with circumstances that one could not imagine only six months ago. COVID-19 is decimating our communities, and we endured another triad of black bodies killed because they were existing while black. The constant anxiety of being black in American has escalated to palpable fear and righteous outrage.

This week offers a glimmer of hope for Mississippians who want better and know we can do better. House Speaker Phillip Gunn and our legislative leaders are signaling they are willing to consider a plan to take down the symbol of white supremacy that flies over our state.

My initial excitement lasted exactly 24 hours as I watched, frankly with horror, as well-meaning allies and low-key racists tried to explain why the presumptive choice, the flag Laurin Stennis designed, wasn’t exactly the right choice. All I could think was, “You’ve got to be kidding? Are you serious? This is what we are fighting about? Today?” I actually thought some other words, but my momma reads the paper so just imagine what they were.

I honestly don’t know if the opportunity to change the flag now is real or signifying nothing. It is most certainly a response to the march our amazing young people organized and executed over the weekend. A march, I might add, that was larger than any Mississippi protest since the 1960s. It’s also certainly a response to the current state of sick-and-tired our communities of color find themselves it. Those who want a better Mississippi don’t often have a lot of political capital in Mississippi. That is changing.

Here are just a few reasons folks are mad about the aforementioned Stennis flag being set to replace the racist treasonous symbol of hate that currently flies over our statehouses.

Laurin Stennis’s grandad was a racist, and it’s named after him. This argument has fallacies on every side. It’s not named after her grandfather. It’s named after her. She originally named it the “I Declare Flag.” It doesn’t occur to some folks that the talented female progeny of a powerful man could actually name it after herself. It’s got to be him despite the fact that she designed it and helped lead the fight to change the flag.

Do we think that because someone descends from problematic people they are disqualified from being on the right side of history? The fact is that John C. Stennis was a racist and, more importantly, I think we can say he was a white supremacist. Maybe y’all should spend some of this energy getting the Stennis Space Center renamed because that was officially named after him. But I digress.

If you are reading this, and you are a white person from the United States, I’m going to guess that you have some very close ancestors that are problematic on a bunch of different fronts. There is no sin in having a problematic ancestor. The sin lies in not acknowledging how you’ve benefited from that behavior and doing something positive with the privilege you’ve inherited. That seems to me to be what Lauran Stennis is doing.

We don’t like the flag. Why is this a foregone conclusion? Let’s talk about some other options. Nope. That’s what I want to say to y’all, just nope. I find this argument confusing. This flag has been at the forefront of the change for at least five years. You can get a license plate, for goodness sake. You can buy hats. People fly this flag in front of their homes all over metro Jackson. Was it not clear that if we had a shot this was going to be what was presented? How was that not clear? Why are you worried about inclusivity now? Why does everyone need a seat today?

It’s likely this process should have been more inclusive. It would be a special kind of justice if a Mississippian of African descent designed the new state flag, but that didn’t happen. We, and that includes me, should have paid attention to the momentum if we were that concerned about inclusivity. Hell, we should have had this conversation last year when the license plate was approved. This is like showing up a political convention after we’ve vetted the vice-presidential nominee, and now you aren’t sure. So. No. Just no.

We don’t like Laurin Stennis. I hope y’all can hear my eyes rolling back in my head. I’m currently staring at you as Chicago’s Mayor Lightfoot stares at folks playing basketball in the middle of a pandemic. I actually hesitate to write this, but it is everywhere. Folks who run in the powerful circles she grew in really want us to know what they don’t like about her. The subtext is that we shouldn’t like her by proxy and ergo we should not support the flag. Note: This is white supremacy.

This is a non-argument. Y’all have voted for people who you wouldn’t want to have a beer with because it was the best choice out of the two or three men offered. Well, this is our best choice, and I can’t get over the not-liking-a-person being a reason to devalue the work. Stop. It.

Kimberly Griffin is the associate publisher of the Jackson Free Press.