The Cat’s Out of the Bag | Jackson Free Press | Jackson, MS

The Cat’s Out of the Bag 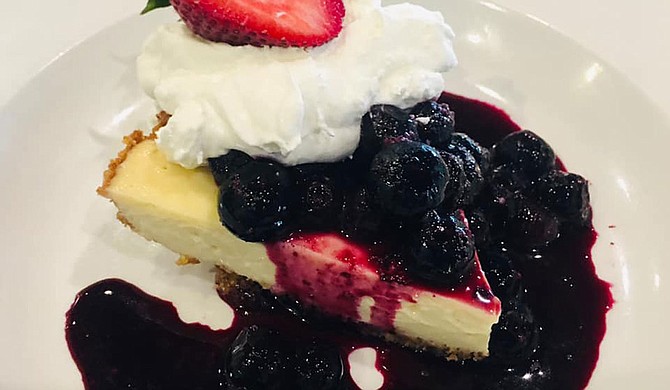 Sometimes, passion for what you do can supersede a lack of experience. While Jon Lansdale never had formal culinary training, his appreciation for cooking provided the drive he needed to make his restaurant, Crazy Cat Eat Up, a staple in the Jackson area. Lansdale credits his success to this mindset of being passionate about one's work.

Lansdale's introduction into the food industry began in 2005 when he had the opportunity to cater desserts for about 3,000 people at the annual Mistletoe Marketplace Preview Party. After an overwhelmingly positive response, Lansdale launched Crazy Cat Bakers in September 2006.

Originally from northern Mississippi, Lansdale came to Jackson in 1987 and earned a bachelor's degree in business administration from Millsaps College and later acquired a master's degree in architecture from Mississippi State University. His culinary "schooling," however, involved watching a lot of Paula Dean and working in restaurants on and off through college, learning as he went.

About four years ago, one of Crazy Cat's most loyal customers, Gary Hawkins, who was working as a chef at the Fairview Bed and Breakfast at the time, was wanting to venture out on his own. Meanwhile, Crazy Cat had a strong need for a larger space and better facilities.

Upon realizing they shared a vision for the restaurant's future, the two moved the business to its current location on Canton Mart Road, transforming the bakery into Crazy Cat Eat Up, which Lansdale describes as a full-service restaurant that serves modern, southern-inspired food.

"(Crazy Cat) is a prototypical neighborhood restaurant—everybody knows everybody—we are southern-inspired but not southern-limited. We take the local culture and add a few twists and turns here and there," Lansdale says.

"A lot of people wax poetic over the philosophy of their food, more or less to hear themselves speak, but at the end of the day, it's got to taste good. It's got to be the end result," Lansdale says. "We are here to serve the customer the best that we can because there is always somebody ready to serve the customer if you don't want to."

Of the restaurant's accomplishments, Lansdale is most proud of the relationship between Crazy Cat and its customers.

"I've never seen people as attached to a business the way some people have to us. It's a very emotional attachment to the business and their desire for it to succeed. We have an amazing group of customers," the restaurateur says.

Looking forward, Lansdale is hoping to return to a place reminiscent of how the restaurant had been performing prior to the outbreak of COVID-19.