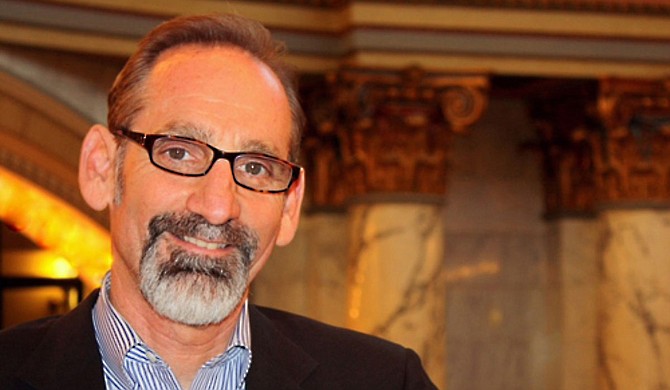 Malcolm White, owner of Hal & Mal’s restaurant in downtown Jackson and founder of the annual Hal’s St. Paddy’s Parade, will retire as executive director of the Mississippi Arts Commission on September 30, concluding 15 years of public service that also included serving as director of Visit Mississippi.

White began working as executive director of the Mississippi Arts Commission after Hurricane Katrina in 2005 and administered recovery programs to artists and arts organizations that the storm's impact affected. He remained with MAC until 2012, when he became director of Visit Mississippi, which is the Mississippi Development Authority’s tourism division.

At Visit Mississippi, White developed plans to promote economic growth in the state through tourism and promoted Mississippi as a travel destination and film location. He later returned to MAC as executive director in 2016 and helped digitize the agency’s grant process. White also oversaw the creation of the Mississippi Writers Trail and worked to improve MAC's signature arts education program, Mississippi Whole Schools.

White has also worked with South Arts, the Mississippi Blues and Country Music Trails anc Downtown Jackson Partners and previously served as chairman of the Mississippi Blues Commission. He has published two books, "Little Stories: A Collection of Mississippi Photos," and "The Artful Evolution of Hal & Mal’s" which is a collaboration with artist Ginger Williams Cook.

The Mississippi Arts Commission has launched a search for a new executive director to lead the agency. Details of position requirements and application information are available at arts.ms.gov/work-for-mac. The deadline to apply for the position is July 31. For more information on MAC’s grants programs and other services, visit arts.ms.gov.

The Mississippi Public Health Institute recently issued a grant to the Institute for the Advancement of Minority Health to launch an initiative to prevent opioid use disorders and overdose deaths in Rankin County. IAMH will create a community-based task force to address the opioid epidemic and use data from Mississippi’s Prescription Monitoring Program to develop an opioid prevention and treatment plan for Rankin County, a release from the institute says.

The project is a part of a statewide effort that the Centers for Disease Control and Prevention is funding and that MSPHI and the Mississippi State Department of Health are partnering on. The three-year Overdose Data to Action initiative will collect and share information with other state organizations combating the opioid epidemic to improve overdose prevention measures in Mississippi.

MSDH will collect emergency department data on suspected overdoses and overdose deaths, and MSPHI will send the data to community partners and stakeholders.

Mississippi is one of 47 states that the CDC gave funding to for the OD2A initiative. For more information on the Institute for the Advancement of Minority Health or the Rankin County Community-Based Opioid Treatment and Prevention Task Force, visit https://www.minority-institute.org.

Conference sessions will take place at 9 a.m., 11 a.m., 1 p.m. and 3 p.m. each day. NAMI will record the sessions and leave them up online for a limited time.

Attendees can receive a total of up to 8 Continuing Education hours. Attendees must submit evaluation forms to receive CEs. The forms are available as a Word document or editable PDF on the NAMI Mississippi website. (namims.org)

Registering for the event requires a $20 donation, which attendees can make at mmh2020.eventbrite.com. Discounts for active NAMI members and limited scholarships for NAMI peers are available by calling 601-899-9058.