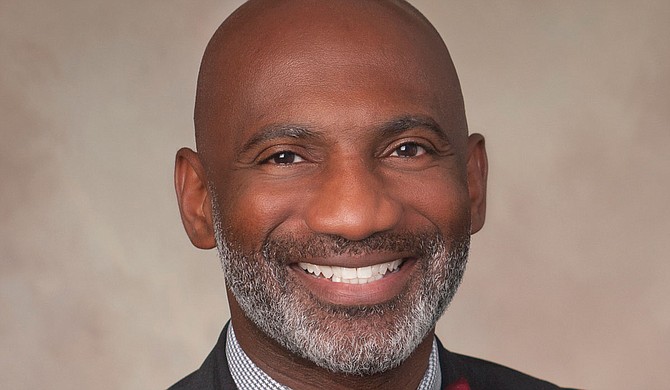 The Bates Elementary School student stays with her grandmother at Woodville Apartments in Jackson, and was "home-schooled" after the shutdown of schools from mid-March as part of the COVID-19 pandemic response.

But the being forced to stay and participate in classes at home was challenging for Anajah, who has Attention Deficit Hyperactivity Disorder. Donaldson said Anajah found the online-centric studies not engaging enough.

"(She has) nothing to do. We don't let them go out too much," Felicia said.

Due to Anajah's ADHD, Donaldson is afraid of how Anajah is going to cope when she goes back to school and for her safety because of COVD-19. She doesn't want her to stop her schooling, so she faces a dilemma.

During the rest of the 2019-2020 school year, with school closed, Anajah was fortunate to have computer and internet access at home to continue with online remote learning.

That was especially challenging for her, and it means having Anajah at home with her for her studies is something she would like to avoid if she can.

Donaldson had to combine helping Anajah with her job at Veterans Affairs, together with taking care of the other children who live with her. Mississippi Department of Health data do not indicate a COVID-19-fatality among children under 18, but 43 have been hospitalized. They tend to do better than other age groups.

Donaldson, nevertheless, has a simple demand that the school is made safe for the kids when they go back.

"I am kind of nervous about sending her back," Felicia said. "I do want her to complete her education, but when it comes to this coronavirus, we don't know where other kids are coming from."

Safe Reopening A Must

As with Donaldson, the safe fall return of students to schools occupied the minds of protesters gathered last month before the Mississippi Governor's mansion.

Albert Sykes, the Jackson-based executive director of Institute for Democratic Education in America, wants focus to be on students’ safety in schools. Photo by Kayode Crown

The Institute for Democratic Education in America organized the sparsely attended protest. The group said on its website at democraticeducation.org that its recent efforts include offering anti-racism courses for white educators, and stated that it seeks to change the narrative, practice, and policy around public education, in a quest for education justice.

Albert Sykes, the executive director of IDEA, said the low turnout was possibly because of the short notice for the protest. The whole thing was put together under one week.

But there is another plausible reason for the low turnout. Sykes said Mississippi had just recorded a spike in COVID-19 cases, which unsettled people and made them wary of leaving their homes and gathering together indoors or outdoors.

Sykes wants to add to the conversation on reopening schools and to draw attention to the problem of educational inequality the pandemic exacerbates and exposes.

Sykes says his organization seeks full education funding, relevant curriculum, equipment, as well as better teacher pay and safety for the students when they resume. He wants the schools sanitized, clean and ready to serve the children.

Mississippi Association of Educators President Erica Jones, who attended the IDEA protest, wants focus on creating safe and healthy classrooms for educators and students, with personal protective equipment and training in distance learning.

Jones said the number of COVID-19 cases in Mississippi is a cause for concern, and she does not want educators and students sent to unsafe spaces.

A Computer Per JPS Student

Jackson Public School Board Vice President Edward Sivak has two children in Jackson Public schools. He appeared before the Jackson City Council on July 7 for re-appointment to the board for a new term of five years. In his remarks, he revealed some of the reopening plans of the board.

"I anticipate that the reopening will be measured, with equipment, with personal protective equipment, and learning computers to keep our students, faculty and staff safe while fully engaged in the learning process," he said.

Sivak said the plan is to buy thousands of computers to cover all JPS students and teachers."(JPS) will move to a one-to-one district. What that means is that any child that needs a laptop and WIFI access at home will be able to have one. We are using our CARES Act money to purchase those devices," he said. "That is to ensure that every child who needs a device will get one, regardless of if they have one at home or not."

Because the focus is not just for the students but also on everyone living in their households, he said, the reopening plan will include the options for full virtual learning, full classroom and hybrid learning.

"We have to keep our students safe, our faculty safe, our staff, our family. As we move to the fall, there will be virtual education going on across the district; there may also be some hybrid approaches," Sivak, the executive vice president and chief policy and communications officer for Hope Federal Credit Union, said.

"We recognize that we have a role to play in the larger community, first and foremost making sure people are safe, and also continue to advance academic outcomes, (and) if family members, parents and guardians want to keep their children at home, out of concern, out of safety, that they will have the technology to do that."

JPS Superintendent Errick Greene shared the district's reopening goals in a June 20 letter: providing the option of a robust and equitable virtual learning program; providing personal protective equipment for scholars and staff; incorporating a protocol for temperature checks upon entrance into schools; developing guidelines for and limiting school visitors, providing the necessary training for staff members and parents/guardians, and adhering to Centers for Disease Control guidelines regarding distancing to the extent feasible.

"We're preparing to take several precautions to reduce the inherent safety risks as we come together in schools. For those scholars with pre-existing health challenges and for those parents/guardians choosing not to have their scholars attend school in person, please consider the option of virtual learning and transporting them to and from school," Greene wrote in anticipation of August reopening.

Then, under the blazing Mississippi sun outside JPS' downtown offices on July 16, Greene addressed the reopening plans for the district, which serves nearly 24,000 students in 57 locations across Jackson. He said the policy is subject to adjustment based on new information coming in.

The most egregious of those changes would be having to close down the whole school district again. But that will be the extreme case, Greene said.

"If we have a situation where we have to pivot and close schools, close the district, close individual schools, we will go virtual. We will utilize the technology that we have and other resources that we have," the JPS superintendent said.

At the press briefing, Greene was clear that reopening is like walking a tightrope between the need to educate the children and the fear of further spread of the virus that has upended the world.

Mayor Chokwe A. Lumumba, who attended the briefing, said it is like choosing between "bad" and "worse."

"This is a very difficult time and a very unique time where so many areas of our lives have been challenged and we have been required to be flexible in this time," Lumumba said. "I shared with Superintendent Greene just yesterday that when I took office that (someone told me) sometimes you will be asked to choose between a bad decision and a worse decision, and this quite honestly is one of those times."

JPS' reopening guidelines contain the usual suspects: regular cleaning, regular handwashing, social distancing, daily deep cleaning and regular disinfecting of high-touch points and restrooms, compulsory wearing of facial covering and daily temperature checks for students using the school buses and others coming with private means of transportation. To accommodate all spectrum of learners, virtual learning is an option for all grade levels.

The document containing the reopening plan is on the school district website www.jackson.k12.ms.us, where fall school registration is ongoing. Parents and guardians can choose virtual and traditional learning for elementary and middle school and between hybrid and virtual for high schools.

What Would Close Schools?

The Jackson Free Press asked Greene what it would take to close down schools once they are open. He said that it depends on the number of recorded infections and if it is contained within a class or a school.

The Mississippi Department of Education does not give a definitive rule for shutting down classrooms or schools after they reopen. As a general guideline, it referenced information from Mississippi Department of Heath that "elevated cases within a group or classroom may require more extensive quarantine; certain case levels may necessitate temporary dismissal of students in particular classes or buildings, or closure of the entire school; school closures and dismissals may be reactive or if schools are dismissed temporarily, discourage students and staff from gathering or socializing anywhere, like at a friend's house, a favorite restaurant, or the local shopping mall."

"We have received some guidance from CDC and other health officials," Greene said. "That guidance (will help to identify) the threshold that we will identify for any kind of closure, whether it's by school, or around the district. While we haven't landed on the exact threshold, yet, we will continue to be in conversation with health officials and to see some of the models and strategies utilized by some of our peers in other districts." 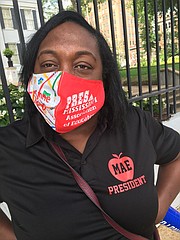 Greene promised to provide hotspot devices for needy families to support online learning and said that the experiences of some teachers and young people involved with virtual learning over the summer now provide a template to build on.

"We have gotten a lot of feedback. There are things that we will like to change, improve upon, but there are certain things that worked well," Greene said.

JPS is encouraging families to choose virtual learning if they can.

"Giving the ongoing health concerns, we are urging all families who are able to select the virtual model to do so," Greene's guidelines state.

On school-bus safety, the document said: "Temperature checks will be performed before boarding buses. Drivers will be masked and gloved. Scholars will sit in designated areas with mandatory facial coverings. Disinfecting will occur between routes in high touch areas."

Mitigating the risk of the virus will also have an effect on athletics and co-curricular activities, with middle-school and junior varsity football shifted to 2021.

JPS leadership committed to launching a mobile app with push notifications for important updates and to providing hand sanitizers, soap, gloves and disinfectants to students and employees.

Shonnie Cooley, the project coordinator for Parents for Public Schools, is a 20-year resident of Jackson. She told the Jackson Free Press that many parents are saying their relationship with teachers is better since COVID-19, while commending JPS for the way it navigated the pandemic shock to the local educational system.

"For those that did, they did some virtual tutorials on different subjects; they did all these cool videos. It helped the student. They made phone calls to parents just to check in, asking, 'how are you, how are your family doing?'"

The nonprofit organization she works for focuses on parents' engagement with public school, and she now believes that COVID-19 has reduced the parent-teacher relationship gap.

"Parents feel more comfortable with their teachers now," she said.

Cooley added that the pandemic has also made people appreciate the role of teachers more, because of what caregivers like Donaldson went through during the time she had to help educate Anajah.

Email story tips to city/county reporter Kayode Crown at [email protected]. You can follow Kayode on Twitter at @kayodecrown.