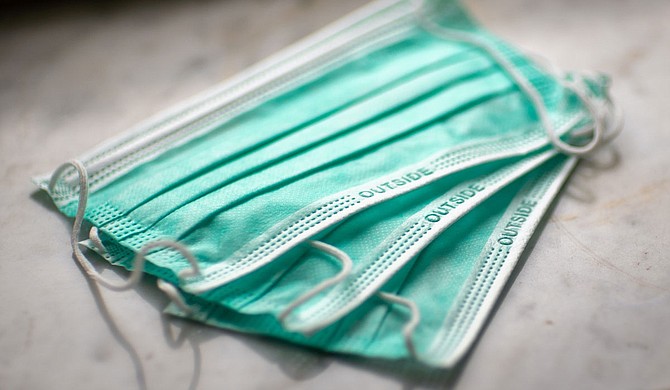 In a race to bring down the infection rate of COVID-19 in Jackson, the Jackson City Council authorized the mayoral administration to buy 100,000 more facial masks. Photo by Mika Baumeister on Unsplash

To help slow the spread of COVID-19 in Jackson and enable the citizens to do their part, the Jackson City council on Tuesday authorized Mayor Chokwe A. Lumumba to purchase 100,000 facial masks for distribution.

Throughout Mississippi, total cases had risen to 33,591 by 6 p.m. on June 8, with 1,204 deaths, based on information the Mississippi Department of Health reported. Overall, Hinds County had seen 2,697 cases and 48 deaths covering the last four months since the pandemic began.

Ward 3 Councilman Kenneth Stokes presented the mask purchase proposal and pushed the need for adequate distribution so that even the poor can be compliant with the mayor’s city-wide order for facial coverings.

"Most people wear the same mask they have been wearing two or three months,” Stokes said, arguing that the City of Jackson can buy masks and give them to the police department who know how to get them out to the people. "We have to have the masks throughout the city to make sure that we survive."

Ward 4 Councilman De'Keither Stamps said it is not enough to provide one mask per citizen. “Every citizen needs four, five of them. The goal really should be to get to a point where everybody has a new mask every week, every two weeks." He said that the next phase is to have proper cleaning of the masks to make them reusable.

Jackson Public Schools reopen next month if the schedule does not change due to the virus.

An Ordinance to Ban Gerrymandering Paused

An ordinance to ban gerrymandering came up for discussion at the Tuesday meeting of the Jackson City Council. The proponent, Councilman Stamps, withdrew it before a vote after 35 minutes of spirited discussion showing how politically charged the proposition is.

After the Census every 10 years, the federal government reapportions congressional districts in the states. The state government, in turn, draws the district lines. "Gerrymandering" becomes the norm as the drawing focuses on maximizing political advantage, rather than being compact and contiguous. Local governments also gerrymander districts.

Stamps proposed the resolution June 23 and on Tuesday defended the need for such a ban saying it could start a process of giving the people more value for their political representation, not only in the city and county but also the state and the country as a whole.

"The vote you give in a properly drawn district is more meaningful than the vote you give in a gerrymandered district," he said. "Gerrymandering is a tool that is used to disenfranchise people, and if you look at the ward maps for the City of Jackson in particular, Ward 3, 4, and part of 5, gerrymandering has disenfranchised the representation not just on the city council, but in all of the boards and commissions.”

Stamps said banning gerrymandering and redistricting will move the communities forward and stabilize them long term, observing that it causes neighborhoods to be sliced up and divided and that there are communities in his ward that are simultaneously in Wards 2, 3 and 5.

"I share the Queens with Councilmen Preister, (another neighborhood) with Councilman Tillman. The neighborhood I live in is cut in half," Stamps said. "My school-board person lives in Belhaven. ... She actually thought she was in Ward 3, but when it came to the time for the appointment, I said no, you live in my ward."

Stamps said the root of political polarization in the country is traceable to gerrymandering, and it took so long for the old state flag with a confederate symbol to come down because of it.

"Some people ask, why do people vote against pulling down the flag? Gerrymandering. Because the districts are drawn deep red (indicating the Republican Party) and deep blue (indicating the Democratic Party). If there were balanced political representation, then those decisions would have been made a long time ago,” Stamps said.

He said gerrymandering as the only thing holding back the entire state from moving forward and dreamed of a day when the state House and Senate maps and the federal congressional maps all across the country will be devoid of gerrymandering.

Stamps maintained that redistricting Jackson in the next five, six months before the next city election will be the best thing that can happen.

Ward 2 Councilman Melvin Priester Jr., however, said that resolution needs to be more specific and wants redistricting experts to weigh in on the matter. At the same time, City Attorney James Anderson explained that formalizing the resolution would needlessly open up the council to a flurry of litigation.

"People are not going to be happy no matter where you go, because you are changing where their vote is, who their person is," Anderson said. "With that said, again, if the idea is not to gerrymander, and the idea is to redistrict before the next election, I think that should be the focus more so than create an ordinance that might end up being used against you."

Anderson argued that there is no need for such an ordinance, but instead, the focus should be on moving forward with redistricting without gerrymandering if that is what the council wants.

Council President and Ward 6 Councilman Aaron Banks urged Stamps and the legal department to work together on the issue. He and Stokes related the frustrations they experienced with performing their duties because of gerrymandering.

Stamps withdrew the motion and promised to reintroduce it with an amendment for the next meeting, and if it did not go through, to seek to move forward with the practical steps to stop gerrymandering, even without a legislative tool proscribing it in the city.

Putting an end to gerrymandering, he argues, is a legislative, not an executive function.

The council on Tuesday re-appointed Edward Sivak, the executive vice president for chief policy and the communications officer at Hope Federal Credit Union, to Jackson Public Schools board of trustees for five years.

It also confirmed Heather Wilcox as a member of the Historic Preservation Board for a three-year term. She is the Jackson State University director of the Center for University-Based Development. They both enjoyed the full confidence of the seven-member council.