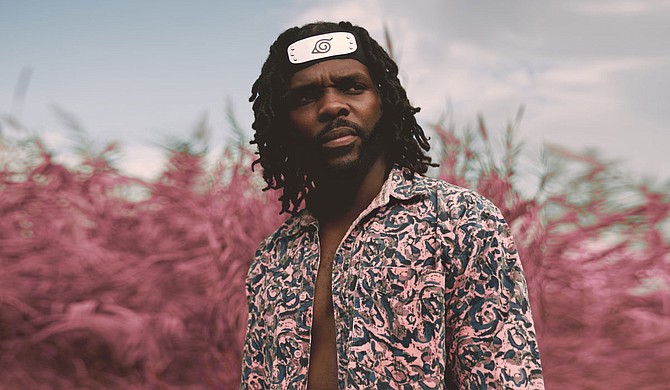 Dear Silas (pictured) told JSU that the video represents his pride in Jackson and that he wants the song to motivate people to stay in the city and dispel notions that local artists like himself and Big K.R.I.T. can't find success in Mississippi. Photo by Justin Hardiman 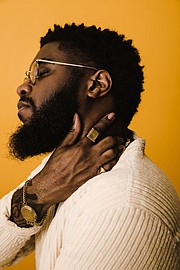 Mississippi native rappers Dear Silas and Big K.R.I.T. released a collaborative music video for their song "I Got It" on Tuesday, Jan. 21. The song, which pays homage to great things about Jackson, features Jackson State University's own Sonic Boom of the South marching band.

Dear Silas, whose full name is Silas Stapleton III, signed a partnership agreement between his Dear Silas LLC and RCA Records, a subsidiary of Sony Music, in 2018. Silas, who is both a rapper and a trumpeter, said in an interview with JSU that the horn-based musical track and big band feel of the new song immediately brought the Sonic Boom of the South to mind.

"I Got It" features cameos of Silas' former grade and high schools in Jackson, as well as murals throughout the city. Silas told JSU that the video represents his pride in Jackson and that he wants the song to motivate people to stay in the city and dispel notions that local artists like himself and Big K.R.I.T. can't find success in Mississippi.

Delta State University will hold a ribbon-cutting ceremony for the launch of its new campus food pantry, The Statesman's Shelf, on Monday, Jan. 27.

The Statesman's Shelf will provide non-perishable food and liquids and disposable dinnerware to any current DSU student. All DSU students, whether they live on or off campus, can use the food pantry as long as they have a valid student ID. Students do not have to qualify for need to participate and all transactions will be confidential.

The Statesman's Shelf will be open on Tuesdays and Fridays from noon to 5 p.m. beginning Tuesday, Jan. 28. The food pantry is located in the DSU Student Union behind the State Room. Students will swipe their ID into a cardholder to validate their status when they enter and can then shop for what they want by checking off boxes on a form. Students will receive a bag of groceries in pounds rather than by number of items.

The University of Southern Mississippi will host the 53rd annual Fay B. Kaigler Children's Book Festival at its Hattiesburg campus from April 1 to April 3. The USM College of Education and Human Sciences' School of Library and Information Science and the de Grummond Children's Literature Collection present the event, which will also include the Ezra Jack Keats Awards and the Magnolia Book Awards ceremony.

Each year, the Ezra Jack Keats Awards Foundation and the de Grummond collection recognize one writer and one illustrator who are both early in their careers for outstanding work. The Magnolia Book Awards recognize books that Mississippi children and teens voted as their favorite in four age categories.

The 2020 winner of the festival's top award, the Southern Miss Medallion, is Rita Williams-Garcia, an author of novels for young adults. Her novel "One Crazy Summer" recently won the Newbery Honor, the Coretta Scott King Author Award and the Scott O'Dell Award for Historical Fiction, and was a New York Times bestseller and a finalist for the National Book Award.

For a complete schedule of events and other information about the Fay B. Kaigler Children's Book Festival, click here or email [email protected]. Follow the festival for upcoming announcements and event schedules on its listserv here, or follow the festival on Facebook here.