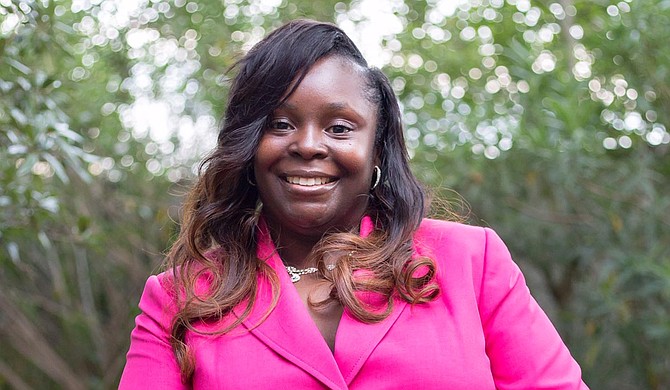 Crystal Springs native Catherine Young has served as senior vice president of the Memphis-Mid South Mississippi branch of the Susan G. Komen Foundation, a national breast cancer advocacy organization, since 2018, after a merger between the Tennessee and Mississippi affiliates of the organization.

The Susan G. Komen Foundation supports both women and men suffering from breast cancer and provides resources for early detection and treatment. The foundation's Memphis-Mid South Mississippi affiliate covers all of Mississippi and Memphis, Tenn..

"Our main goal as advocates is to provide real-time support before, during and after treatment for anyone who needs it," Young says. "We are the largest funder of local community services for breast cancer treatment besides the federal government, and that includes everything from free mammograms for the underinsured and underserved to ultrasounds and biopsies."

Young is a lifelong resident of Crystal Springs. She grew up on a farm her grandfather and mother owned and ran, which bestowed her with senses of responsibility and perseverance, as well as a passion for serving others. Knowing that a proper education would put her in a position to better help others, Young pushed herself academically. She graduated from Hazlehurst High School and went on to Jackson State University, then transferred to Belhaven University after three years there. She received a bachelor's degree in business administration from Belhaven in 2006 and a master's degree in business management from Belhaven in 2009.

After graduating, Young worked as an adjunct professor of business at Virginia College in Jackson until 2010. During that time she also worked as a deputy tax collector for Hinds County. She joined the Susan G. Komen Foundation in 2010 after a friend named Gailya Porter, owner of Porter's Insurance in Jackson and a volunteer with the foundation's annual Race for the Cure event, introduced Young to Wilma Mosley Clopton, board president of the foundation's Mississippi affiliate.

Young joined the Susan G. Komen Foundation as executive director of the organization's Mississippi affiliate, Central Mississippi Steel Magnolia, which later merged with the Tennessee affiliate in 2018 to form the Memphis-Mid South Mississippi branch. She became senior vice president of the branch that year. Young carries over the lessons taught to her during her childhood of serving others into her job.

In her current position, Young oversees all of the foundation's operation in Mississippi and Tennessee, including developing programs and initiatives for early breast cancer detection and treatment. In 2017, she organized the Mississippi Collaborative Group on Breast Cancer Disparity, a coalition of community and faith-based organizations that conducts roundtable discussions on addressing disparities in healthcare access and service availability.

"Every year the Mississippi Collaborative Group comes together to share information on where the gaps are in treatment in this state," Young says. "We found that there are systemic racial bias issues that impact African American women's access to care and are working to create programs and opportunities to decrease those disparities."

The organization also launched the foundation's Bold Goals initiative in 2018, which has the goal of decreasing the death rate of breast cancer patients by 50%. Young says that African American women in Mississippi currently die from breast cancer at a rate 40% higher than other nationalities.

"What is most important to me about the work we do here is having the ability to make impactful change on people's lives," Young says. "So many women suffer in silence without access to quality health services or early detection screenings, as well as an inability to pay. I think our greatest accomplishment is being their voice and bridging that gap to help bring them those resources."

Young and her husband, James Young, have been married for 26 years and have two children, James Young Jr., 25, and Brittany Young, 21, and an adopted goddaughter named Angel Young, 9, who has spinal bifida, and one grandchild, Jeremiah Young, who recently turned 6 months old.