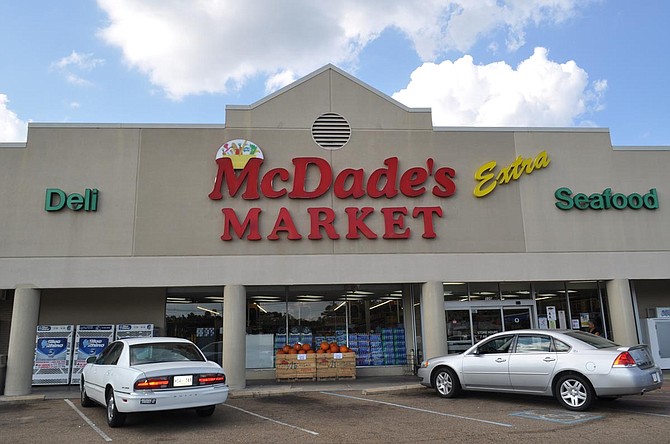 Company president David Roberts told the Northside Sun that Roberts Company will retain all current employees, but that the three stores in Northside Jackson will become Corner Markets while the Robinson Road store will become a Grocery Depot.

Greg and Kathy McDade are the original owners of the McDade's Market stores, which are located at Maywood Mart on Northside Drive, on Duling Avenue in Fondren, on Fortification Street in Belhaven and at Westland Plaza.

Junior League of Jackson will host its annual rummage sale, Junior League Jumble, on Thursday, Jan. 30 and Saturday, Feb. 1, inside a 30,000 square foot building at 6240A Old Canton Road in Jackson.

The rummage sale will feature more than 9,000 items, including furniture, home decor, children's clothing, toys and more, a release from JLJ says. All proceeds will support more than 30 of JLJ's community projects in the Jackson metro, and JLJ will donate any unsold items to its community partners.

On Thursday, Jan. 30, JLJ will host its Jumble Reveal Party from 7 p.m. to 10 p.m. The event gives visitors exclusive early shopping access. Merchandise prices will be double the normal amount during the event. Tickets are $50 per person.

JLJ will also host Jumble First Finds on Jan. 30 from 6 p.m. to 7 p.m. First Finds Admission is an additional $10 on top of the purchase of a Reveal Party ticket, and First Finds ticket holders will be allowed first into the venue for their pick of the merchandise.

Early access is also available on Saturday, Feb. 1, through the Peek and Purchase event from 6 a.m. to 8 a.m. Peek and Purchase tickets are $10 each, and merchandise will be at regular ticketed prices for the event.

General admission from 8 a.m. to noon on Feb. 1 is $5. At noon, JLJ will temporarily close the venue until 1 p.m., after which the event will reopen. After 1 p.m. admission will be free to all visitors and JLJ will mark down all remaining items half off. Crooked Letter Kitchen food truck will serve lunch from noon to 1 p.m.

Tickets are available online at juniorleaguejumble.com and can also be purchased at the door. For more information visit jljackson.org.

The program helps to increase the purchase of fruits and vegetables among low-income consumers who are in the Supplemental Nutrition Assistance Program by doubling their dollars for more fresh produce, a release from JMMF says. The program also supports increased produce sales for local farmers.

For every $1 customers spend on fresh fruits and vegetables with their SNAP benefits, they receive an additional $1 to spend on their next produce purchase, up to $20 a day. Double Up provides both physical tokens that members can use at farmers markets and electronic coupons for grocery stores.

The U.S. Department of Agriculture's National Institute of Food and Agriculture donated $841,000 to Double Up Mississippi through the Gus Schumacher Nutrition Incentive Program, with matching grants from the W.K. Kellogg Foundation and Fair Food Network, the release says.

Double Up Mississippi will launch at multiple sites in the state in spring of 2020 and will run through October 2022. For a list of participating locations, visit doubleupms.com.