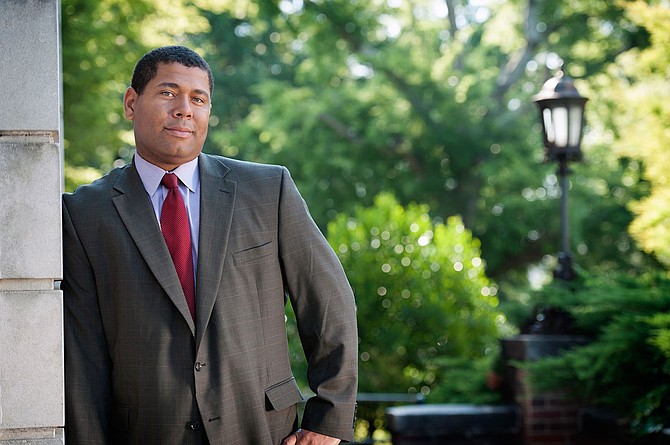 Donald Shaffer, an associate professor of English and director of African American Studies at Mississippi State University, will serve as the keynote speaker at the university's 26th annual Dr. Martin Luther King Jr. Unity Breakfast and Day of Service on Monday, Jan. 20. Photo by Megan Bean

Donald Shaffer, an associate professor of English and director of African American Studies at Mississippi State University, will serve as the keynote speaker at the university's 26th annual Dr. Martin Luther King Jr. Unity Breakfast and Day of Service on Monday, Jan. 20.

Shaffer's speech, "Road to Reconciliation," will examine King's legacy as both a touchstone for racial reconciliation and a challenge to act, a release from MSU says. Shaffer joined the MSU faculty in 2008 and serves as chair of the African American Studies curriculum committee and as a board member of the Mississippi Humanities Council.

The MSU Day of Service begins at 8 a.m. with a complimentary breakfast at 8 a.m. in The Mill at the MSU Conference Center (600 Russell St., Starkville). Seating will be available on a first-come, first-served basis. MSU President Mark E. Keenum will give welcoming remarks during the breakfast, and the campus's Black Voices Gospel Choir will perform.

For more information, including volunteer service-day locations and projects, visit here or call 662-325-0244.

Former Gov. Haley Barbour appointed Randolph to the Mississippi Supreme Court in 2004 to replace then-Chief Justice Edwin Pittman, who retired that year before his term expired. Randolph successfully ran for the position later that year and was re-elected in 2012. He became presiding justice in 2013 and chief justice in 2019.

For more information on the Martin Luther King Jr. Ecumenical and Interracial Prayer Breakfast, visit usm.edu or find the event on Facebook.

He joined the Millsaps faculty in 1988 serving as a visiting assistant professor at Brown University in Rhode Island for four years. During his time with Millsaps, Davis has served as associate dean of arts and humanities, interim vice president for academic affairs and dean of the college and as director for self-designed majors.

As the recipient of the MHC Humanities Teacher Award, Davis will give a public lecture on Wednesday, Feb. 19, at 4 p.m. in the McMullan Lecture Hall in Millsaps' Selby and Richard McRae Christian Center. The lecture, titled "The Shadow of Death: Southern Baptists and the Politics of Compassion in the Nigeria-Biafra War 1967 - 70," will focus on stories of heroism and self-sacrifice during the Nigerian Civil War, a release from Millsaps says. Millsaps will host a reception after the lecture.