The Dapper Doughnut, The Lost Cajun and La Brioche Renovations 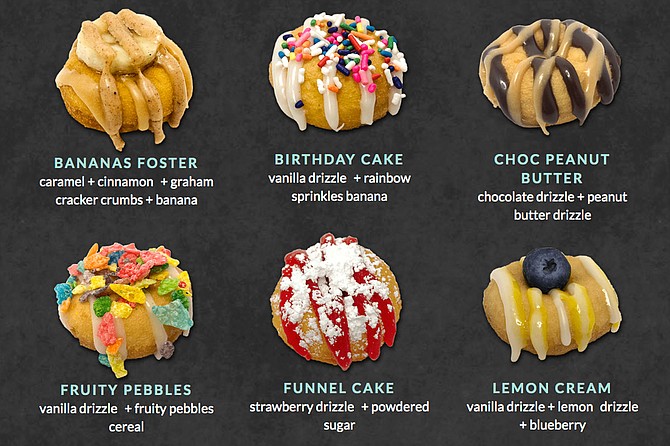 Gabe Jackson, a Liberty, Miss., native and a guard for the Oakland Raiders football team, opened the first Mississippi location of The Dapper Doughnut (257 Ridge Way, Flowood), a Las Vegas-based donut franchise with 21 locations, together with his wife Eryn Jackson in Flowood on Thursday, Jan. 2.

Mark Publicover, chief executive officer and co-founder of The Dapper Doughnut, had his first experiences with fresh donuts while working as a paperboy in San Jose, Cali., and meeting with fellow paperboys after finishing his route at Maple Leaf Donuts. He later invested in The Dapper Doughnut as a startup in 2015.

The Dapper Doughnut sells freshly made miniature donuts in packs of 6, 12, 24 or 48. The donuts are cake-style, which means they have a crunchier exterior and warm interior compared to yeast donuts. The donuts come in 21 flavors, including bananas foster, lemon cream, salted caramel, funnel cake, s'mores, samoa, peppermint vanilla, maple bacon and more.

Additionally, The Dapper Doughnut offers donut milkshakes, which have bits of donut inside the shake and are available for each flavor of donut. The shop also has loaded hot chocolate with donut pieces inside similar to the shakes, as well as blended coffee and other drinks.

The Lost Cajun Opens in Byram

The Lost Cajun, a Louisiana-based Cajun restaurant franchise with more than 20 locations in six states, came to Mississippi on Nov. 26 with the opening of a new location at 6745 Siwell Road in Byram.

Raymond Griffin, founder of The Lost Cajun, operated the Griffin Fishing Lodge in Louisiana for 15 years before moving out of the state with his family in the aftermath of Hurricane Katrina and the Deepwater Horizon oil spill.

Griffin opened his own gumbo shop in October 2010 on Main Street in Frisco, Colo., and a friend who Griffin used to fish with decided to open a second location in Breckenridge, Colo., in 2012. The Lost Cajun officially began franchising in 2013.

Stephen Drury and Timothy Bentley, co-owners of Black and Gold Restaurant Ventures, LLC, opened the new Lost Cajun location. The two discovered The Lost Cajun during a trip to North Carolina for a New Orleans Saints game in 2016 and decided to open their own franchise after trying the food. Drury previously owned Our Plays Grill in Hattiesburg.

"When Timothy and I visited The Lost Cajun, it felt just like the restaurants I grew up with in Gretna, like you'd gone back in time into an old fishing camp in New Orleans," Drury told the Jackson Free Press. "The food reminded me of how my grandma used to cook, all the gumbo and jambalaya with delicious spice, and I fell in love with the place."

With the completed renovations, La Brioche has at least 10 new indoor seats and new outdoor benches. Photo by Kristin Brenemen