Patrick Harkins: A Businessman with a Band 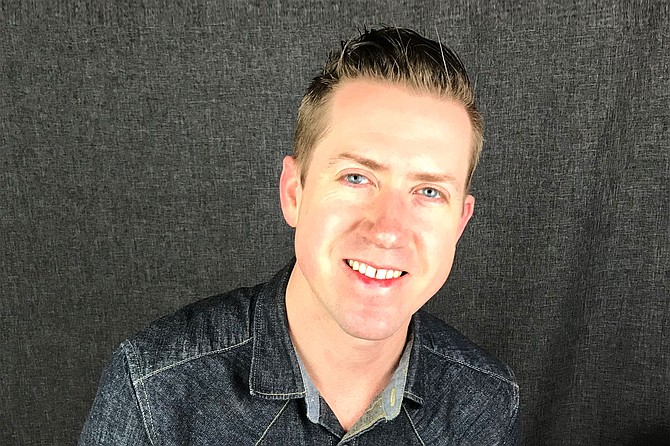 "I like to work with the mantra of positivity and doing the best we can every day to give our community the gift of music," says Patrick Harkins, owner of Fondren Guitars.

While he was born in Lexington, Ky., and then lived in the Memphis area for a few years, Harkins thinks of himself as a Jacksonian. Both of his parents originally herald from the Jackson area, and he moved to Jackson in the fourth grade. He graduated from St. Joseph Catholic School in 2000. He attended St. Edward's University (a Catholic university) in Austin, Texas, and graduated in 2005 with a bachelor's degree in business.

His high school girlfriend Haley, now his wife, attended St. Edward's with him. The couple met in the 10th grade at St. Joe's, although their love did not form at first sight. "I really had to work at it," Harkins says, noting that he had one advantage over the other suitors. "She didn't have a curfew, and I didn't have a curfew. So we were the last two standing, and we connected."

During college, he played music and worked in music retail, which taught him a lot about the music business. Returning to Jackson, Harkins opened Fondren Guitars in 2006 with the idea that he wanted "to do what I can to help create music in the community by teaching people to play and selling super cool instruments," he says.

Not from a musical family, Patrick found himself drawn to music at 13 years old when he saw Fingers Taylor (a harmonica player best known for playing with Jimmy Buffet) perform. "That lit my interest up and ignited my passion," he says. By 14, he was playing guitar in a band, and his father was taking him to downtown Jackson to play in bars, such as the old Subway Lounge and George Street.

His current band, The Patrick Harkins Band, has been around since the late 1990s but has performed professionally full-time for only the last decade. Harkins, the band's leader, serves as vocalist and guitarist. The group plays classic R&B, soul, funk and dance music, mostly for private events. "We play everywhere," he says. "In the last two weeks, I've played for high school students who were 17 and a group of trial attorneys where the average age was 70."

Harkins performed a blues rendition of the national anthem on guitar before the start of the Mississippi Blues Marathon on Saturday, Feb. 29, in downtown Jackson.

Fondren Guitars buys and sells both vintage and new guitars, repairs guitars, and offers music lessons for guitar, piano, drums and vocals through its Fondren School of Music program.

"I try to light that fire in them that was lit in me and pass that along," Harkins says. "It is real rewarding to me to see this little girl come in here, kind of shy, and timid, looking at the ground. But as we teach these lessons—the lessons are more than about teaching music; they are also about teaching self-confidence, personal interaction and the performance—you see her a year later, and she's on the stage holding the microphone like Freddy Mercury, running around the stage and commanding an audience. It's real rewarding."

In addition to his passion for music, Harkins also has strong feelings toward the Capital City.

"I'm proud to say that I'm a fighter for Jackson. I'm invested in Jackson—I have a business here, I own a house here, and my kids go to school here. I always root for the underdog. I'm a fan of the Chicago Cubs, and it took awhile for them to get to the World Series. Jackson will get to the (figurative) World Series."

Patrick and Haley married in 2008 and have three sons: Hank, 10, Gus, 8, and Skip, 4. They all live in Fondren, where Harkins' business is located.