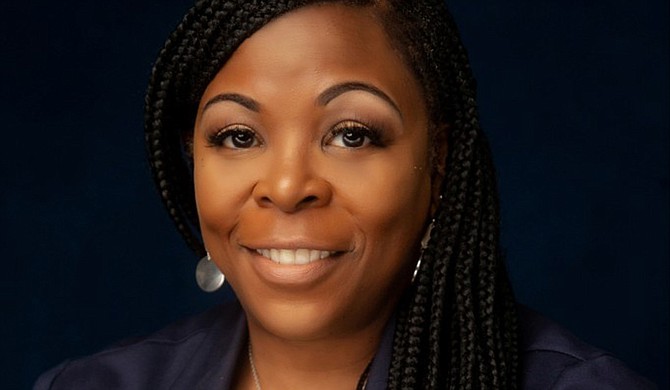 Jackson State University named Rachel James-Terry as associate director of public relations in University Communications and Marketing on Oct. 16. She previously served as public relations writer and editor for the department since 2016, where she handled news releases and feature writing about University programs, research, faculty, staff and student achievement. She was also responsible for managing editorial timelines for university publications and advising strategies to communicate campus news to media outlets.

"While my associate director position still heavily involves writing, it's also more than that," James-Terry says. "It's also about brand strategizing for JSU, thinking of ways to promote it to our target audiences and brainstorming campaigns to roll out on our media platforms. (It encompasses) more media and public outreach efforts and really drilling down on the relationships that are mutually beneficial to JSU and the groups we serve."

Graduating from JSU in 2001, she later took a position as a litigation paralegal for a Jackson-based firm called Forman, Perry, Watkins, Krutz and Tardy. She remained there until 2016 and later also took a position as a freelance journalist for the Clarion-Ledger in 2010, where she wrote news and feature stories, as well as a bi-monthly column. She also did freelance work for USA Today, the Mississippi Center for Investigative Reporting and other news outlets.

"I felt drawn to journalism. I've had a great love and passion for writing ever since my mother had me participate in writing workshops when I was younger," James-Terry says. "I loved reading (fiction) and writing about (the community) and thought that I'd love to be a reporter or an attorney with writing as a hobby. That love of writing helped lead me into public relations because brand building feels similar to the community relationship aspect of working for a paper."

She served on the strategic planning committee for the Maynard Institute School of Journalism in 2017 and was involved in roundtable discussions with the Kettering Foundation on media relations, public relations and diversity.

“What steered me toward public relations is being able to use storytelling, which I thoroughly enjoy, to communicate a message or idea to a group of people,” James-Terry says. “It's creative and requires collaboration and the use of several moving parts to make a whole. There is a beauty and challenge in the process that is satisfying when it works as intended."

James-Terry and her husband, Adrian Terry, have been married since 2010. The two have a 12-year-old son named Austin.