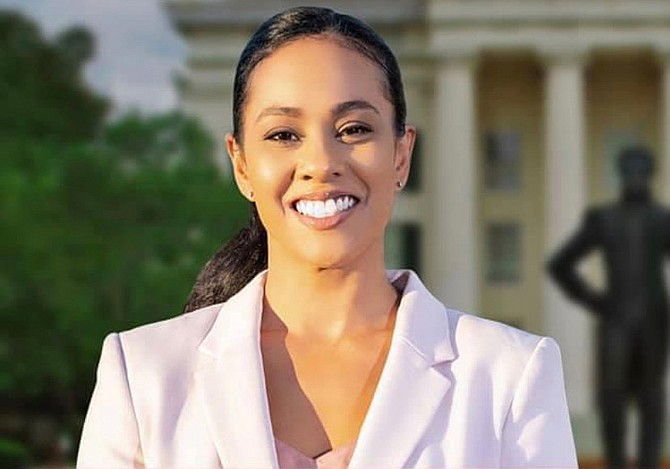 Angelique Lee has emerged the winner in the special runoff election for the Jackson City Council's Ward 2 seat to replace Melvin V. Priester Jr., an attorney who resigned in October to focus on his practice.

The special election on Nov. 17 did not result in an outright majority winner among the six participating candidates. Lee and Tyrone Lewis emerged with the highest number of votes and faced off in the Dec. 8 special runoff.

The results that came in Tuesday night showed that Lee, who got the highest number of votes in the Nov. 17 special election, defeated Lewis with 56.69% of the votes from the 10 precincts of Ward 2. In her statement on Facebook, Lee thanked her family and supporters.

"I want to thank Ward 2," she said. "The voters and supporters. The folks who saw fit to push back against the status quo and recognize that we are a ward that values integrity, strength of character and actual hard work."

"We are at the table. We are going to be all in together. I am your public servant. That's the job you saw fit to honor me with, and I won't let you down."

After 10 years of the City of Jackson's inactivity on the Vicksburg/Jackson Foreign Trade Zone Commission, the council Tuesday approved four people to the body.

Those appointed to serve a four-year term ending Dec. 8, 2024, are Pamela Confer, James Covington, Leo Okoli and Hosea Hines. Mayor Chokwe A. Lumumba enjoined them to work to improve Jackson's international business standing, adding that Jackson has lost ground because of inactivity on the board for a decade.

"I think it is important that we not only look at economic development for the city as both a local proposition or statewide or nationwide proposition, but that we fashion Jackson as an international player that can build relationships across the globe and bring opportunities to our city," Lumumba said. "I believe that the individuals that we have put forth today have a diversity of experience and have served in previous capacities, both professionally or on boards, that I think are beneficial to us."

"So I look forward first and foremost to Jackson actually playing an active role in this board, but I also look forward to what these nominees can bring to the process."

Ward 4 Councilman and House District 66 Rep. De'Keither Stamps applauded the mayor's move, encouraged the appointees to plug the city into the state's agricultural business, and pledged to work with them.

"Good job, Mr. Mayor, for filling these very important positions," he said. "If we're going to bring Jackson back to where it needs to be and beyond, we're going to have to attach ourselves to industry, and the biggest industry in our state is our agricultural industry."

Stamps, recently elected to the state Legislature, rued the city's disconnection from the agriculture industry. "If we can reconnect it, it will be beneficial for the state and Jackson," he said.

He said there is a state-level effort to make Hinds County and Jackson the state's agriculture industry hub.

"This board's appointments are right on time for what we're moving on," Stamps said. "One of the world's biggest problems right now is how do you feed 9 billion people? And Mississippi state has about 1.7 million acres of unused farmland and the capacity to expand.

"For far too long, we've been chasing tire plants and things like that, but not engaging the biggest engine that we have, which is our agriculture industry," he added. "So I look forward to working with each and every one of you to see how we can ship goods out of the airports, float them down the river in Vicksburg, train or truck it out of here and move our economy forward."