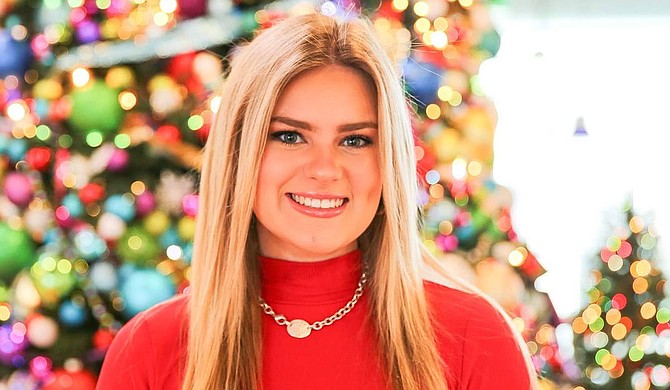 The Mississippi Children's Museum named Parker McInnis Watts, a senior at Madison Central High School, as the museum's Volunteer of the Month for October after Watts volunteered for a total of 28 hours that month.

Watts has been volunteering for MCM since 2018, when a friend whose mother works for the museum recommended it to her and got her an interview with MCM volunteer coordinator Sarah Griffins. During that time, she has primarily served as a tutor for younger children on weekdays after school, as well as helping them with arts-and-crafts projects and providing supervision for the museum's various interactive exhibits.

"The Children's Museum is a great environment for kids that allows for plenty of hands-on experiences," Watts says. "Donating to something you support is important, but when you volunteer you get to see directly the kind of effect your support is having."

During her time volunteering in October, Watts helped organize the museum's Halloween candy donation drive with the help of the Madison Civinettes, a volunteer organization for sophomores and seniors over which Watts serves as head chair. The Civinettes all donated candy for children to the museum, and Watts collected the candy and brought it to the museum to prepare and make sure there would be enough for the amount of guests museum staff expected to receive.

"Every year we also hold a Halloween drive where we usually have 20 volunteers gather candy from organizations across Jackson and then distribute it to children whose circumstances prevent them from being able to go trick-or-treating," Watts says. "This year, because of COVID-19, the museum had been closed for months but reopened in early September. Less children came in than usual and we had to make sure everyone wore masks and social distanced. It was a different environment, but I was glad we were able to do it at all and let the kids have fun while being safe."

Watts, 17, has been volunteering since she was in 9th grade. She first started volunteering with an organization called the Independent Club of Hattiesburg, which she and a group of her classmates founded. ICH organized 9th-grade girls to work with the local Salvation Army branch to host clothing drives and dances. Watts served as the group's accountant.

She is also a member of Hope Hollow Ministries, an organization that works with disabled children and adults in Canton; Winona Food Ministries, which donates canned goods to shelters; and Little Lighthouse, an education organization for children in Jackson.

"I've always been drawn to volunteer work because I want to help wherever I can and give back," Watts says. "I feel like I've been lucky in life and don't want to just help myself. Being able to put a smile on anyone's face through one simple thing is worth it.

Watts plans to attend the University of Mississippi after graduating and wants to major in pharmacy.

"One of my friends' father is a pharmacist and I've heard a lot of his stories about it," Watts says. "There are also a lot of people in my family who have had medical issues, so being able to help them and other people get the help they need is important to me."