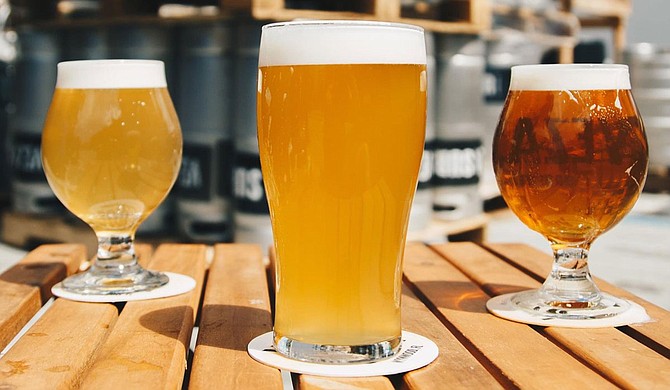 The Belhaven Town Center in Jackson's Belhaven neighborhood recently announced that a new craft brewery called Fertile Ground Beer Co. is scheduled to open in 2021. The new brewery will be located in a building on the corner of Manship and Jefferson Streets that once housed a Baptist Medical Center linen facility.

The brewery will offer locally and regionally made craft beer and will also house The Laundry Market, which will include retail, restaurant and office space and an open-air market.

The Mississippi Tourism Association named Visit Jackson's “My City” campaign as its Social Media Campaign of the Year during a ceremony in Biloxi on Wednesday, Dec. 2.

Visit Jackson first launched the “My City” campaign through a music video and song titled “My City,” which AJC and the Envelope Pushers performed in 2017. Visit Jackson later released a spoken-word commercial in 2019 and launched a dedicated informational blog, jxn.ms, in January 2020.

Tennessee-based Memphis Travel’s “I Love Memphis” blog, ilovememphisblog.com, served as the inspiration for the My City campaign, a release from Visit Jackson says.

The W.K. Kellogg Foundation recently gave a three-year, $475,000 grant to the International Museum of Muslim Cultures in Jackson. IMMC has received grant awards totaling $1,140,000 from Kellogg Foundation since 2017, including $65,000 in June for COVID-19 relief.

IMMC is currently exhibiting “Muslims with Christians and Jews: An Exhibition of Covenants and Coexistence,” which opened in June 2020 at IMMC’s satellite location at 101 E. Capitol St. in downtown Jackson. The Exhibit introduces the “peace-building leadership of Muhammad, the Prophet and Head of State, who prepared the first Constitution in history for his multi-ethnic, multi-racial, multi-lingual and multi-religious Commonwealth,” a release from IMMC says.

The museum is also displaying the “Legacy of Timbuktu: Wonders of the Written Word” exhibition at its 201 E. Pascagoula St. location, which emphasizes Islamic West Africa’s culture of literature, scholarship, wealth and empire-building, the release says.

IMMC has used earlier grants from the Kellogg Foundation as part of its efforts to educate communities nationwide in understanding that “human dignity is fundamental to combating injustice and achieving racial equity and healing.”

The Muslim Public Affairs Council will host IMMC in a virtual webinar on Thursday, Dec. 17, at 6 p.m. central time, which will feature “Exploring African Islamic Contributions to Civilization." The webinar will coincide with the museum’s national tour of its two signature exhibits. For more information, visit https://bit.ly/2INExe1.