Jackson Sees Up to 142% Increase In COVID-19 Cases in Some Neighborhoods | Jackson Free Press | Jackson, MS 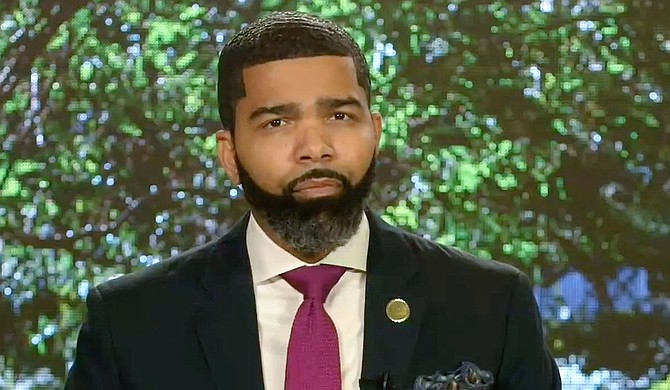 Many Jackson neighborhoods are seeing dramatic increases in COVID-19 cases, Mayor Chokwe A. Lumumba said at a press conference Monday. The mayor named the communities with the highest spikes, while noting that the city has an infection rate of 29 per 100,000, which is slightly better than Hinds County at 35 per 100,000.

"Areas with the greatest gain of infection rate per 100,000 since last week include northeast Jackson, the Eastover community, west Jackson, Presidential Hills," he added. "Presidential Hills and (some areas around it) saw a 14% change, week over week, and a 67% increase since September.”

Lumumba said he disclosed the information to spur those in the affected neighborhoods to be on guard, aware of the dangers the virus continues to pose, and slow the spread by following social-distancing guidelines including wearing masks and practicing hygiene.

"And I want to remind these communities to increase their vigilance and to exercise good sound judgment, not only in how they come together and congregate settings, but also the discipline that they demonstrate each and every day," he said. "We want you to remember that we are still not beyond this pandemic, and this virus is deadly."

The infection rate is the average number of newly confirmed cases in the last seven days per 100,000 residents.

Lumumba suggested that the Mississippi State Fair in October may be partly to blame for the COVID-19 infection spike while pushing back at possible claims pointing at Halloween.

"I don't know about other Jacksonians, but I didn't see a great number of kids trick-or-treating this year," he said. "There weren't that many people in Jackson knocking on doors; certainly, nobody knocked on my door or, or anyone that I know."

Lumumba said that the facial-covering mandate is still in operation in the capital city and would prefer people to embrace personal responsibility in that regard.

"It is (how) we're able to have a functioning economy," he said. "In the absence of that ... we would have to shut things down."

"To be honest, I will admit that I'm conflicted each and every day based on the rise in numbers and whether we should shut down," he added. "What keeps me from doing that is the realization of the financial and economic impact that it not only has on businesses but what it has on individuals, people who have to still pay their rent, still have to pay their mortgage and may need to have some means of doing that.

Lumumba said that it is important not to just think of one's safety, but to also think of protecting others.

"I've always expressed that that personal responsibility would be the order of the day," he said. "Understand that the decisions that you make, it may not have the most detrimental impact on you as an individual, (but) it could potentially have a fatal impact on loved ones."

The mayor said that he might issue another executive order requiring work from home to rein in the infection rate.

"I would like to also put you on notice that we are considering making some executive decisions, in an order that may look to return the city of Jackson to remote working again," he said.

He cautioned against thinking that talk about vaccine development means an immediate end to the pandemic.

"It is important that we recognize (that) while there have been discussions about a potential vaccine, that one, (it) is not readily available, and two, even if the vaccine becomes distributed publicly, it still will be a period of time before it can be administered widely enough (to) have a significant impact on the threat that it poses to people's lives," he enjoined. "And so we must remain vigilant."

The mayor warned of the risk of medical facilities becoming overwhelmed with people turned back even for non-COVID-19 illnesses and noted that taking the flu shot will help.

"I want to encourage people to also get a flu shot," he said. "All of the experts, all of the doctors and scientists and those that inform our decision-making, both locally and abroad, have all shared that this was a significant threat when we got in the midst of flu season that we might see an increase in the number of cases and that it would create an increased burden on our hospitalization rate."