JSU Professor: Focus Police Reform On ‘Community Policing’—But What Is it? 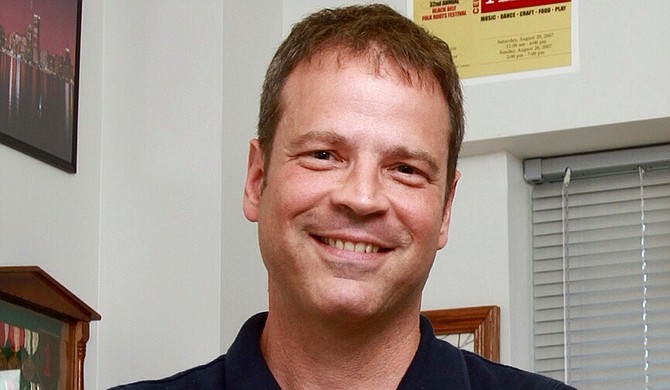 Transitioning from traditional policing to “community policing” will engender more trust and cooperation between the people and the police, Thomas M. Kersen, Jackson State University associate professor of sociology, told the Jackson Free Press in a phone interview Monday.

"If you are talking about community policing, which brings back power into people's hands and the community's hands rather than something outside of the community, I like that idea," he said. "I like that for communities not only for policing but for all sorts of things, where communities are more involved in their own lives and how well they do. Policing is (merely) a part of it."

The U.S. Department of Justice defines community policing as a collaboration between the police and the community that identifies and solves problems together.

"With the police no longer the sole guardians of law and order, all members of the community become active allies in the effort to enhance the safety and quality of neighborhoods," it said in a monograph titled “Understanding Community Policing: A Framework of Action,” which advocates for profound changes to police organizations.

"The neighborhood patrol officer, backed by the police organization, helps community members mobilize support and resources to solve problems and enhance their quality of life," the report says, explaining what community policing should mean. "Community members voice their concerns, contribute advice, and take action to address these concerns. Creating a constructive partnership will require the energy, creativity, understanding, and patience of all involved."

The approach recognizes that community policing—which nearly all police departments say they engage in—is not a quick-fix but should focus on ongoing partnerships toward eradicating the underlying causes of crime, deterring crimes and revitalizing neighborhoods, the report states.

The People Are Not Treated as Outsiders

Community policing is ultimately about the police learning to share power with those they serve and not treating residents as the enemy. Kersen said embracing this alternative to policing means the people are not treated as outsiders in their communities, with the police dictating to them, which is how traditional policing tends to work.

"(With) an alternative to just straight traditional policing, everybody has skin in the game (and) decisions about how to deal with certain issues (are) brought to the community rather than just decided by folks who live or may not even live there," the professor added.

When done right consistently, the approach will bring a sense of togetherness rather than confrontation, Kersen suggested. With communities better connected with law enforcement personnel and other types of institutions, a harmonious relationship will ensue, he argued, rather than distrust and misunderstanding with a police organization seen as outsiders.

He said police living in the communities they patrol and their involvement in public events are components of this approach.

"If people are trying to brainstorm issues, figure out a solution (the police should be) part of it," Kersen said. "But they are not the only part (but are) part of a team that helps solve problems. And that is only a good thing as far as I am concerned."

The professor said the community itself should come up with safety plans and policies.

"As far as I am concerned, if you bring in people, not only cops, but if you bring an outsider to tell people how it's going to be, that is not the best way to a develop (the) community and foster a better relationship between government at all levels and people living in that community," Kersen said.

"The people who live in that community should be the ones who have to make some key decisions on how they want to live, and then the police, scientists and advocacy groups are those who provide the tools to get those folks to where they want to go."

That is, the police should be sitting at the same tables as residents, not in a squad car on a dais telling them what to do. A vital part of true community policy, experts say, are residents not only seeing officers driving around neighborhoods looking for criminals. They need to be out of their cars and participating in community events and discussions as equals to help empower people to solve their own problems.

That is, they need to build true relationships with people they serve of all ages.

The National Police Foundation in a report reflected on research showing that closeness of police with the communities can better reduce crime than efforts at decreasing police response time.

"Reducing crime and disorder requires that the police work cooperatively with people in neighborhoods to identify their concerns, solicit their help, and solve their problems," the report said as it breaks down the concept.

Other research shows that police approaches that try to scare young people straight by locking them up or putting them in the back of police cars actually make them more likely to commit worse crime later, as a 2016 BOTEC Analysis report on causes and solutions for Jackson crime showed.

The Police Foundation report made it clear that police officers need to connect residents with services they need to help prevent crime and violence and to strengthen communities. "As the most visible local agency of government on duty 24-hours a day, the police must be willing to serve as catalysts to mobilize other city agencies and services," it added.

"The CPC is responsible for developing, overseeing, and assisting with implementing effective strategies to reduce crime and disorder, change perceptions and facilitate positive engagement and increased trust between Dayton (Police Department) and the neighborhoods they serve by implementing community-police relations groups to provide venues for the community to have the ability to speak, be heard, and have their perspective considered," it noted.

However, Philip V. McHarris, a sociology and African American studies Ph.D. candidate at Yale University, wrote that community policing creates the false idea that police can solve structural issues through building partnerships, but that has only made those issues worse.

"Police do not speak to the wide range of concerns around safety that residents have, nor should they try to," McHarris wrote. "Marginalized communities need resources to thrive. Investing in community policing—or policing more broadly—will not change the underlying, structural context that leads to a lack of safety. Nor will it change the laws that criminalize people for being poor and disadvantaged. The solution to public safety lies in troubling the idea that policing equals safety."

"The real work lies in developing alternatives to punishment and policing, not nicer cops," he added.