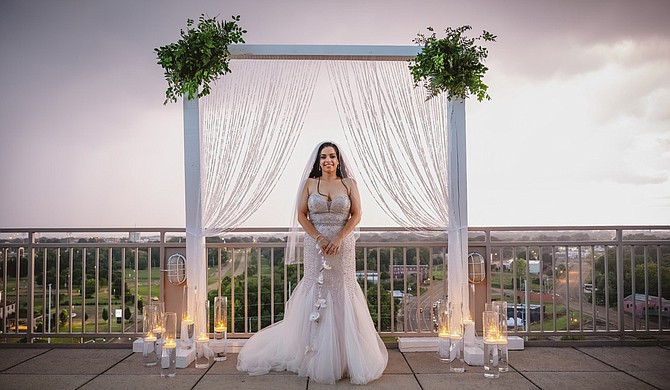 Jackson Mayor Chokwe Antar Lumumba appointed Heather Denné, director of community engagement at Jackson State University, to the nine-member board of the Jackson Historic Preservation Commission in late July. The commission reviews proposals for all exterior repairs and alterations and oversees new construction, moving, or demolition of buildings within historic districts and historic landmarks in the Jackson area.

JHPC consists of one representative from each ward and two members who serve at-large. As a member of the commission, Denné represents Ward 6.

Denné is also the director of JSU's Center for University-Based Development and the Metro Jackson Community Prevention Coalition. She has been involved in community engagement at JSU for 10 years, concentrating on the area within a one-mile radius of the university's campus.

During her time with JSU, Denné has written numerous grants and proposals for funding within the local community, including securing $2 million in 2020 for projects such as the JSU Blackburn Learning Garden and the renovation of the historic Mt. Olive Cemetery. Denné organizes JSU's Crop Drop event, which gives out fresh produce to community residents, and hosts pop-up library events that give out free books. She also leads efforts to educate the community about drug and alcohol addiction and operates a community blog for the West Jackson neighborhood.

During college, she traveled to Africa and the Middle East to study the issue of access to clean water for women in developing countries, which Denné says is the point where women's studies and urban planning came together for her.

"There is much discussion in women's studies about the importance of access to clean water," Denné says. "Having that access is necessary for good quality of life whether you are in Mississippi, Turkey or China, and that's something that all women can agree with regardless of location or status. When I came to JSU to further my education, I realized that was an issue that needed attention right here, and I stayed because I wanted to be somewhere I could use my talents to help the community. Coming here shifted my focus from abroad to local."

In addition to her work with JSU, Denné is involved in a number of Jackson neighborhood associations and is taking part in an effort to keep the Jackson Zoo in West Jackson. She is also a member of the Mississippi Heritage Trust, which works to preserve historic places throughout Mississippi. Denné’s passion within this work is to help preserve sites with special significance to African Americans, such as the Scott Ford Home in Jackson.